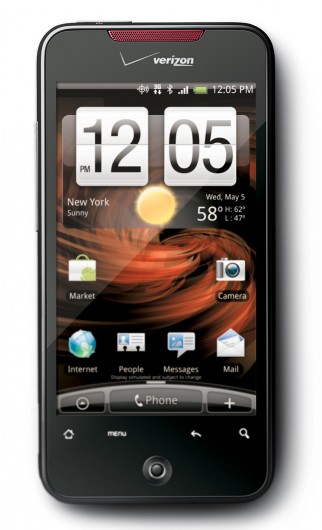 When the Droid Incredible was first released, Verizon was giving away a 2GB SD card to the early adopters of the device, and later stopped. Now, there seems to be a change of heart at Big Red HQ, and they have decided to start including it once again. What made The carrier change their mind is anyone’s guess, but no one’s complaining, I’m sure. The additional memory could be intended to ease adoption of that the Amazon MP3 store. It was apparently lacking on the device since it came sans SD card.

Adding the SD card could also be  a way for Verizon to pave the way for Froyo to hit the handset in the future. Moving applications to the SD card is an option that the new OS update features, and we are glad to see it. It’s also a possibility that the carrier received some complaints from customers who thought they would be receiving the extra memory, only to find out it was nowhere to be found. What ever the reason, Verizon is now offering the extra memory for the device at no extra cost to the customer. We know how annoying it can be when a carrier adds a needless fee to something you may or may not use.

Thanks Verizon, that’s pretty cool of you. While it’d be great if the microSD card was a little bigger, 2GB is better than nothing. If you were one of the people who ordered the Droid Incredible, only to find out it wasn’t there, do you plan on giving Verizon’s customer service a call? Just yesterday, we found out that a good amount of bitching can get you to hear what you want to.

Android 2.2 OS ‘Froyo’ floating around may not be the “official” update

This past weekend some Nexus One users allegedly received the Android 2.2 update. Developers soon got a hold of this...