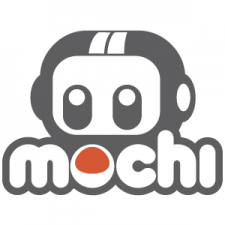 We’ve seen Flash performing great on the Nexus One, as well as not so great. What seems to slow the browser down so much is having a lot of Flash content loading in a page. But what I’ve seen always load very fast, and work without a hitch is games. MochiMedia, the world’s largest online game provider is now launching their mobile website for Android 2.2, enabling users to enjoy mobile optimized flash games, all from the browser!

“The site m.mochigames.com will feature more than 25 games and will be available upon the release of Google’s next version of Android (“FroYo“) phones. The site features mobile-optimized versions of puzzle game Biomass, card game Magic Towers Solitaire and strategy game Wheekling, as well as other puzzle, strategy and shooter games.”

By going to the new site, you’ll be presented with a simple UI, which shows you featured games, and categories below. Right now, there’re only about 40 games available, but I’d expect this number to rapidly increase once devs get their games optimized for mobile. The games run smooth as butter, and some look so good you really wouldn’t know were running in the browser. With the exception of a few games, most of the games currently available look like native applications, and run like them as well. I’m thoroughly impressed, and wasn’t expecting to see such quality.

With Kongregate, and now MochiMedia on board, Android’s gaming possibilities look like they could explode, and let’s face it, Android really needed this to work. And work well it does. So far, as far as when it comes to gaming, Flash is already a hit, and as more people have this available to them, it will only get better. While the Flash 10.1 player could use a little work while trying to load lots of Flash content at once, keep in mind that this is still a beta release we’re dealing with. Yep, things are looking pretty damn good for Android right now.

Is the Garminfone coming to T-Mobile on June 2nd?

The GPS navigation-savvy Android phone that we like to call the "Garminfone" is as real as can be with its...