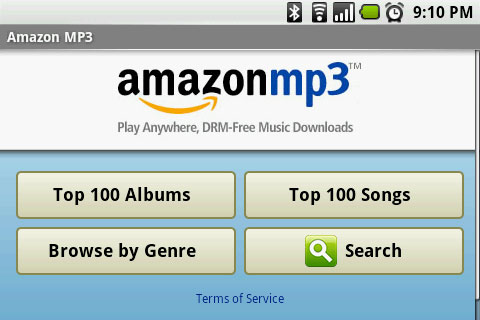 NPD has recently released some numbers about online music sales, which predictably showed iTunes at the top (69.9%), but progress has been flat, while the Amazon DRM-free MP3 store has tripled its market share (4% to 12%) since 2008. Fortune posits that Amazon MP3’s prominent placement on Android, and Google’s exemplary progress over the last year is the reason for the store’s growth.

While there’s no necessary causation in the correlation between Android and Amazon MP3’s success, it certainly stands to good reason. The iPhone has no doubt done wonders for Apple’s iPod empire, there’s no reason to think that Google can’t do the same with the right music partner. Being DRM-free is a major bonus, but Google has big plans about wireless streaming tunes in Android 2.2 using one of their acquisitions’ software. Whether or not that will cut out or include Amazon remains to be seen, but knowing Google, they’ll try to include as many partners as possible.

Regardless of whether or not Amazon MP3 and Android remain best buds, there’s always going to be alternatives, like Thumbplay, Rhapsody, Grooveshark, iheartradio, and Slacker.

The Samsung Galaxy S will lead the Korean mobile phone maker's charge into the new generation of high-end Android smartphones,...