The web browser is just about as ho-hum as ever; it does the job, it chokes a little less on Javascript than it used to, and the trackpad feels a bit nicer for cursor use, but I still find the whole cursor thing to be awkward and clunky. I wish the browser would just snap to links and scroll down automatically, like the Google Mobile app handles it; maybe there will at least be an option for it in the revamped browser… I’m still waiting on Flash support so I can finally watch YouTube videos from the mobile site, which, for whatever reason, still doesn’t work for me. In the meantime, there are always third party alternatives like Bolt and Opera Mini. 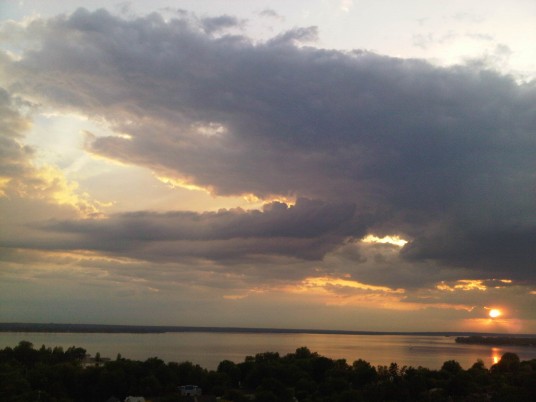 The top-mounted media keys on the BlackBerry 9100, borrowed from the 8500 Curve series, will definitely be catching the eye of people looking for a phone that can play their music. Currently, microSD cards cap out at 16 GB, so hardcore music fans will probably still want a dedicated music player, but for me and casual listeners, 16 GB is enough. As for those media controls, I’ve found them a little inconvenient. When you’re pushing the phone into your pocket or a holster, you’re most likely to be pushing down from the top of the device, making accidental presses on any of the controls more than likely. On most other BlackBerrys, you only have the pause/play (mute) key to get in your way, leaving track skips to pressing and holding the volume keys on the side. I understand RIM needs to visibly label their phones as music-friendly, but I feel in this case, they may have sacrificed too much.

The 3.2 megapixel camera with flash performs reasonably well, as you can see – here’s another picture in daylight conditions. I’d still like to see some more options, such as manually setting the exposure and cropping, but as is, a lot of the automatic settings can handle your everyday shooting. I’m itching to try out the BlackBerry 9670 clamshell, if only for the 5 megapixel camera – of course, pixels only count for so much. Lenses, sensors, and software are just as important. One thing I’m glad to see continuing with the right-side convenience key (default for the camera) is a two-level press, so you can activate the autofocus without shooting. That’s still a relatively new feature, but the Storm2 has it as well. 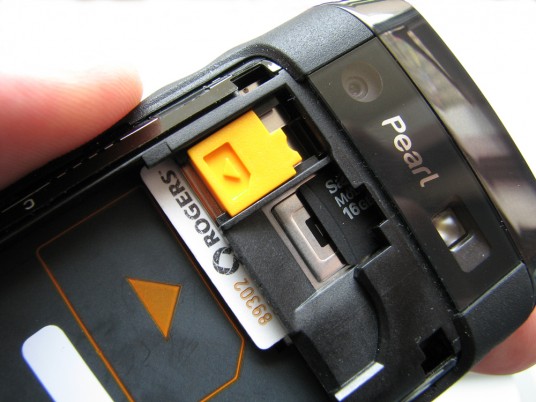 Call quality is pretty standard on the BlackBerry Pearl 3G. Of the half-dozen or so calls I made, none dropped, and everything was heard just fine. Battery life felt a little bit better than my Bold 9000, but that’s probably because it’s losing its charge after two years of heavy use. The 9100’s battery managed to get through a day of moderate use just fine, usually with a bit leftover for the next morning if you turned it off overnight. What I was really interested in, though, was Wi-Fi 802.11n.

This is the next class of Wi-Fi up from g, and the highest we have now. In theory, n should bump speeds up to 600 Mbit/s, a significant jump from 54 Mbit/s that b and g offered, on top of a boost in range. Unfortunately, in my tests with the 9000 and 9100 side-by-side, I found zero difference whatsoever. In some cases, the Bold even had better range. I can only imagine that battery and processor power act as significant bottlenecks, but the bottom line is that you really shouldn’t count on 802.11n affecting your buying decision. It’s good that RIM is keeping up with interoperability, it’s just too bad that it can’t really take advantage of the higher speeds.