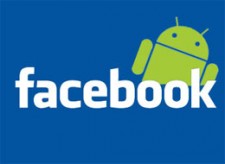 Well well well, it looks like Facebook’s Android-shunning tune has changed quite a bit when it comes to developing for the Android platform. From refusing to develop an application and saying that Android sucks, to now releasing an SDK for the platform, the company has certainly done an about face.

Facebook released their new Android Software Development Kit today, which will allow developers to integrate Facebook into their own applications with some simple code additions to their app. According to the developers blog, the SDK will support features such as:

The new Android SDK is the first mobile SDK  from Facebook that offers the Open Graph API, which was announced at the F8 conference. With the Open Graphs addition, the Android Facebook SDK even more advanced than the development kit available for the iPhone. That said, I’d expect to see a full blown iPhone SDK sometime in the near future as well.

Whatever Facebook feels about Android, they aren’t stupid. Android is rapidly growing, and it would not be wise to ignore the platform as it gains more and more ground. It’s been a while since the company has slung negative comments in Google general direction, assuming Android wouldn’t be where it is today, and now it seems that they have come to realize that the platform is here to stay.

So now we may actually see a more capable Android Facebook application, since it pales in comparison to the iPhone app. I’d also expect to see good things from the SDK being released – anything is better than what Android has now. If a compelling update comes to the platform, I may actually use Facebook in the near future, but that’s really saying a lot. The official Twitter App, while it may lack tons of features that Facebook has, has a much more usable and more streamlined concept.

So devs, how many of you are planning to tinker around with this new Facebook dev kit?

Google announced Android 2.2, otherwise known as Froyo, and received an enthusiastic response from the audience at Google I/O 2010...