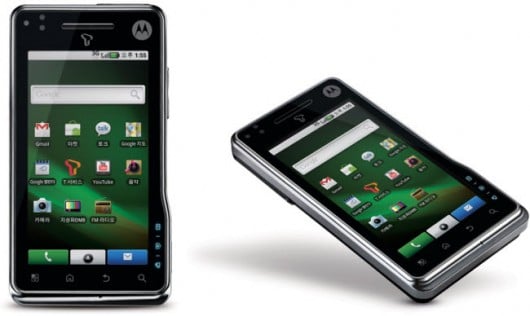 Well, put this under another great Android phone going to a small, regional wireless carrier. We’re hearing that the long sought after Motorola Motoroi may be getting its US debut Cincinnati Bell. This may be good news for the carrier itself, but not to the rest of the country that will never get the device in their hands.

We’d heard that the Motoroi would be making it to our shores at some point or another. There were rumors that T-Mobile would actually be receiving the device first, but we never heard anything after that. Now we’re hearing that Cincinnati Bell may be the first carrier to receive the device in the US of A. This is exciting and very irritating all at the same time. This marks the second high-end Android device that many people have wanted in the US that ended up materializing at small, regional carriers.

While this is all nice and good for the carrier, its frustrating that many of us may never be able to use this device on our carrier, let alone even see it. I’m sorry to say, but the Motoroi is just too good for a smaller carrier. It’s a very nice, high-end device that could definitely rock flagship phone status on any of the four major carriers. Sadly, that doesn’t seem like it will ever happen. It turns out that the carrier has run out of their first Android device, a phone that certainly went unnoticed to us, the Bell Blaze. After the device sold out in only a matter of days, they likely starting looking to a higher-end model for their Android-loving customers.

With a 3.7 inch display, 8 megapixel camera with Xenon flash, and HDMI out, the device gives us a lot to look forward to. Unfortunately, it’s 600MHz processor isn’t going to make you want to pass on the Droid Incredible for this one. But with UK version coming out in the near future with a purportedly higher spec sheet, if the Motoroi does indeed make it to one of the major carriers in the US, there’s a good chance we’ll see it in its beefed up form.

It's not much of a surprise considering the leaks we've seen, but Motorola co-CEO Sanjay Jha said the company is...