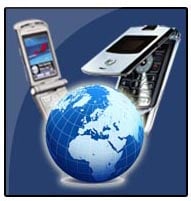 According to ABI Research’s latest report, smartphones and connected computing devices (i.e. laptops, netbooks, smartbooks and media tablets) will generate more than 87% of total mobile network data traffic for U.S. operators over the next five years.

Other findings from the report include:

Carriers on their end will have to respond accordingly to this trend. ABI’s practice director Dan Shey argues they will need to use entire toolkit of options. “Traditional means of increasing cell site capacity through backhaul additions, spectrum reallocations and in-building distributed antenna systems are only part of the story. Other methods needed include FMC offloading, more efficient browsers, and pricing and offer management,” he said.

WDSGlobal is out with a study that shows consumers purchasing decisions of mobile phones are overwhelmingly made on price, not...