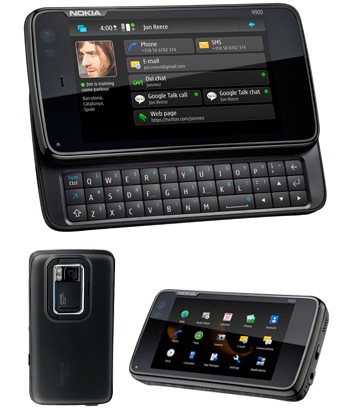 Well, there’s some confusion about how many Nokia N900 units the world’s largest handset maker has sold, as a report from Gartner indicated the company’s flagship device has only sold 100,000 units in the first five months.

If true, this could be a disaster for Nokia as it tries to battle Apple, Research In Motion and a variety of Android handsets for the hearts, minds and dollars of high-end users. The N900 certainly has the features to compete against these smartphones as it rocks an ARM Cortex-A8 processor at 600 MHz (or at 1 GHz if you’re adventurous), a 3.5-inch touchscreen, a full slide-out QWERTY keyboard, the Maemo operating system, a 5-megapixel camera with Carl Zeis optics, 32 GB of built-in storage and all the connectivity you’d expect.

The good folks at Engadget have their debunking shovels out though, as they heard that Nokia sold 100,000 units in the first five weeks worldwide. While it’s not quite the staggering numbers that the iPhone racks up routinely, it’s a much different story than the Gartner report and it indicates the handset is having healthy sales. What does Nokia say about the confusion?

The sales figures of the device itself may not matter much in the long run, as the overall goal of Nokia is to get more developers using and creating programs for the handset’s operating system. Nokia and Intel have merged the Maemo and Moblin to create the MeeGo platform (awful name, I know) and it could eventually power all of the handset giant’s top-shelf products in the future.

Nokia’s platform strategy is still kind of muddled though, as we’re already seeing smartphones hit with Symbian^3 and Symbian^4 should be coming by next year. If the company were bold, it would pull a page out of Microsoft’s mobile strategy and scrap Symbian quickly to just focus on MeeGo, at least for the high-end devices. I’m pretty sure that won’t be happening for a long time, though.