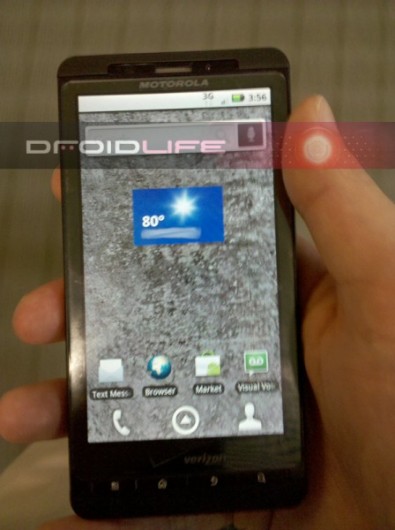 What, only two days have gone by before we first laid eyes on the Motorola Xtreme Android phone? Well, now there are now two more pictures for your viewing pleasure. The latest pics show off the Xtreme’s front face and what could be a front-facing video-call camera next to the phone’s speaker.

We now have a good shot of the back of the device, which looks to sport an 8-megapixel camera with HD video capture. We’re also hearing that the name of this device is the Xtreme, and we should forget about the Shadow name all together. Hopefully Motorola is indeed saving that for something else. So we really don’t have much to go on for this phone, but speculation is always fun.

From the front of the device, the ear piece looks to be 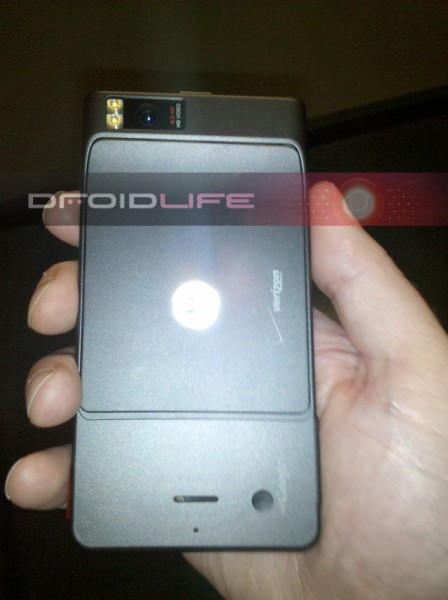 recessed pretty deeply into the phone. While I’d like to think the little white dot next to the ear pieces’ speaker is a front-facing camera, it’s likely that it’s just an LED light. Still, it seems a little interesting just how recessed that thing is. Another thing that could be totally untrue is that the recessed ear piece could indicate that the Xtreme will feature a Super AMOLED display – the display will have to be thin enough to allow the user to bring the ear piece close to their ear. This would help explain how the Xtreme gets away with being so thin, but we already know how limited regular AMOLED displays are at the moment, so it’s likely that this may just be an LCD screen.

It’s not clear if MotorBlur will be use on the Xtreme, but we’re hoping that it won’t make an appearance on an Android phone as sexy as this particular piece of kit. The three icons at the bottom of the screen do look less ‘toy-like’ than what we’re used to seeing with Motorola’s custom MotoBlur Android homescreen. It’s about time that MotoBlur got a facelift, even if this is just a Droid-specific version of the custom UI. I’m just glad they didn’t throw the usual, tween-aimed UI on this device. It’d be a sinker.

So we’ve almost seen every side of this device, and all we’ve gotta do is play the waiting game. I’m still waiting on the Droid 2 to see what comes of that. Neither of these devices may not be Scorpion-like, but they should fit the bill for many.

So you just left your local Sprint Store, Best Buy, Radio Shack or Wal*Mart, with your Sprint HTC EVO 4G...