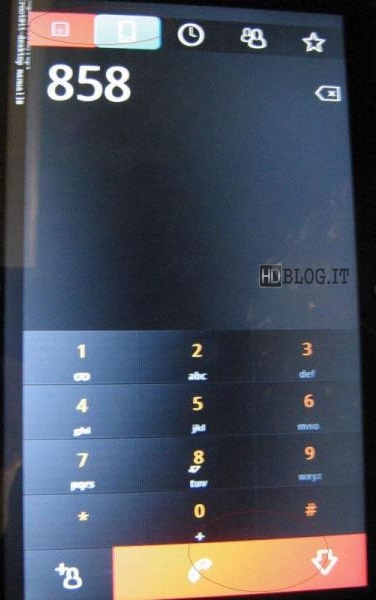 MeeGo is what happens when Intel takes Nokia out to the prom and forgets the box of condoms that were handed out earlier in the school year at health class. It’s a huge effort to bring Linux, and more importantly the Qt runtime, to millions of devices. Whether or not you think it’ll be successful is irrelevant when you consider that the goal of MeeGo is to be installed on a wide range of hardware, from cars, to computers, to tablets, phones, and whatever else may have a screen and internet connectivity. Developers will decide the platform “winner” and even then, there is no real winner since everyone who makes a profit, regardless of how meager that amount may be, is a champion.

What you’re looking at above is a screenshot of the phone dialing interface for MeeGo. Supposedly MeeGo isn’t going to be fully stable and include touch screen support until version 1.1, due to hit the market in October. Those are just rumours tho, but if I was a betting man I’d say Nokia is going to try and get something on the market for the holiday season, irrespective of how immature the solution may be, à la Nokia N97 and N900.

T-Mobile has just announced the Nokia E73. It's pretty much the E72, which has been somewhat of a success in...