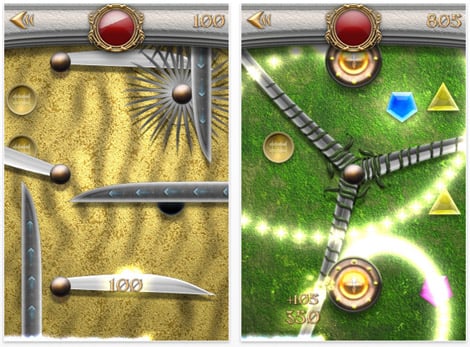 New York-based Appular, which is an iPhone app marketer and publisher, launched HTML 5-based version of the Hand of Greed iPhone game, emphasizing it is the first such [HTML 5-based] title.

The main news here is that HTML 5 is seen as the “the future of app discovery and promotion.” In other words, some of the games (usually those not too complex) will be able to come embedded in an iPhone app, providing a new channel to reach app and game buyers. Just imagine starting a game/app on your iPhone and there’s an option to try out some other title. You’re instantly transferred to a web page (within the app/game) from where you can try it out free of charge.

Back to the Hand of Greed. The HTML 5 version rocks identical touchscreen controls, fluid animations, and the “same dynamic lighting effects” as the native iPhone app. It is available for free, whereas the native app costs 99 cents (link below).

I like the whole “HTML 5 thing ” and am looking forward to see a smaller AppStore which only rocks those titles that actually need to be native thanks to the use of advanced phone capabilities. I’m sure that 50% (or even more) of all the apps and games in the AppStore could easily be offered as a web-based apps, but I digress…