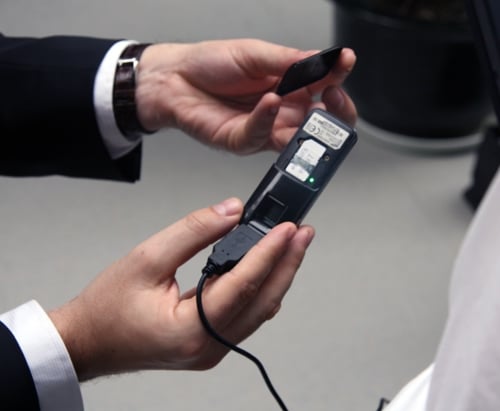 Next generation networks are going live all around the world, promising increased bandwidth, increased capacity, and lower latency. Sweden and Norway were the first two countries to get LTE, courtesy of TeliaSonera. By the end of this month they’re going to be deploying USB modems that can also use the “old” 3G network, whereas right now customers who walk out of a part of town that has LTE coverage are left without any signal.

“At the end of this quarter we will have one multimode dongle [from Samsung], with several vendors [delivering multi-mode] by the end of the year.” — Johan Wickman, Head of Research and Development at TeliaSonera

Wickman goes on to say that it isn’t the increased bandwidth, which in some cases is 10x as fast as what a customer was previously experiencing, that was the best feature of LTE, but it was the lower latency that made a customer go “wow”.

“They click and it happens, with very little delay. We have seen a big uptick in upstream video; upstream in particular seems to be a 4G killer app.”

TeliaSonera is predicting that they’ll be launching LTE mobile phones early next year as well. For comparison, Verizon Wireless has said that they’ll show off LTE gear at the 2011 CES due to take place in January, but they’re not planning to launch any LTE mobile phones until May. That’s marketing talk for “we’re really trying to do this sometime in Q2 2011”. MetroPCS said they have an LTE handset in the pipeline made by Samsung that they plan to launch by the end of this year, but that’s … highly unlikely.

As for other parts of the world, Japanese operator DoCoMo is doing some LTE trials in Tokyo right now, and they’re getting about 37Mbs down and 12Mbs up using only 5 MHz of spectrum. They plan on doubling the amount of spectrum they’re using to 10 MHz, effectively doubling those download and upload rates as well. Their LTE network is scheduled to go live in December, a full year later than TeliaSonera.

China is doing even more impressive stuff. Huawei, the network infrastructure provider, is demoing a train that has a top speed of 431 km/h (268 mph) and averages 251 km/h (156 mph), that covers 31 km (19.25 miles) in only 7 minutes and 20 seconds. When the train first leaves the station it supports a network speed of 46 Mbps, and when the train is going full throttle that number goes down to 36 Mbps. Very impressive.

Speaking about China, they use TD-LTE, a version of LTE that no one really else was supporting … that is until Ericsson reported that they’re testing TD-LTE in Ireland on the 2.3 GHz band. Will this test yield a live network? Too soon to tell. It’s odd to say the least.

I’m sticking to my guns when I say that the majority of you (IntoMobile readers, aka smartphone fanatics) will not have LTE enabled phones until 2013 at the earliest.

Sprint may be the only network using a 4G WiMax network in this country, but T-Mobile is catching up fast...