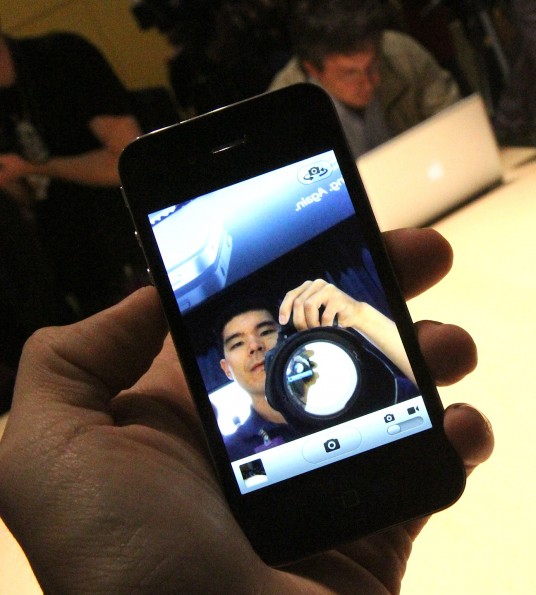 The timing isn’t much of a surprise but it’s interesting to see that the iPhone 4 has hit the Federal Communications Commission with five 3G bands.

All handsets in the United States have to go through the FCC to ensure it plays nice frequency-wise, and the iPhone 4 is called Model # A1332 and it rocks UMTS I/II/V/VI/VIII. This makes it the second handset to rock five 3G bands, as the first was the Nokia N8.

We knew this before, but the FCC filing also shows that the next Apple smartphone will have Bluetooth and 802.11n WiFi. That faster WiFi is still quite rare in smartphones, as the Pearl 3G is the only other recent handset to rock this faster standard. It should come in handy if you’re trying to use FaceTime, Apple’s mobile video-chatting service.

The iPhone 4 is slated to rock the A4 processor and this could lead to a faster overall experience because this is the same chip that powers the iPad. That extra horsepower should come in handy, too, as the handset will rock iOS 4, which finally includes multitasking. Some may say this isn’t true multitasking, like the one found in Android, but it should be good enough for most users.

The next Apple smartphone should be a highly-capable, data-intensive device but it may be somewhat hindered by the new AT&T data plans. If you’re cool with paying your existing $30 a month for unlimited data, you’re still free to do so, but new customers will have to sign up for different rates. You can get 200 MB a month for $15 or go up to 2 GB for $25. The new Netflix app could be cool for catching up on your stories while traveling but I question how cool it will be if it forces you to routinely go over your monthly allotment of data.

How say you, IntoMobile readers? Are you going to line up for the iPhone 4 or are you content with what you have?

Best Buy, Radio Shack to have iPhone 4 at launch

If you're dying to get your hands on the iPhone 4 on launch day, don't be one of those rubes...