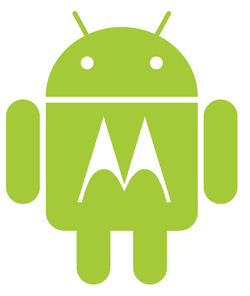 According to Motorola’s Tom Satchwell, director of marketing for mobile devices, they intend to launch 20 new Android devices worldwide in 2010, and they’d be launching even more if the carriers were biting. Between the Shadow, Xtreme, and the other Android phones coming out of the woodwork, I believe it – heck, they’re probably close to halfway there already.

Motorola’s love affair with Google’s mobile operating system has been going since the Cliq launch in the fall, and shows no sign of letting up. They’ve built a family of custom home screen widgets and services called Motoblur in order to make their handsets more social network-friendly (to mixed results), and have since launched a variety of Android phones, like the Quench, Backflip, Motoroi, i1, and the Devour. Despite all the hard work and small success, Motorola is still being outpaced by RIM and Apple. Good luck Motorola, and your little robot friend – you guys need it.

As promised, Symantec has released its Norton anti-virus software for Android handsets. The Norton Security app is in beta form...