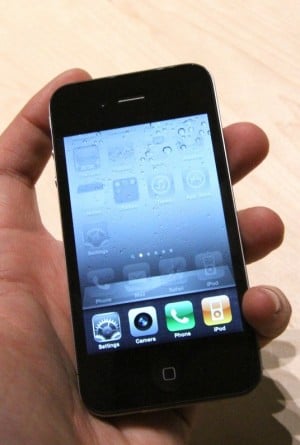 How many times are we going to hear about the iPhone coming to T-Mobile USA? About five gazillion times a year, it seems. If it isn’t going to hit Verizon, it’s coming to T-Mobile. Hell, we even heard about a Sprint iPhone just a few weeks ago. This time, Shaw Wu, an analyst with Kaufman Bros has assured investors that Apple’s savior of a phone is coming to T-Mobile according to Wu’s sources and talks with Apple’s supply chain.

If the iPhone was going to to hit any other carriers in the U.S. and break the exclusivity deal that AT&T rumored to have with Apple, it would be T-Mobile. Apple’s pride and joy is a GSM device worldwide, and while it doesn’t support T-Mobile’s 1700MHz 3G band, I suppose it would be an easier tweak than to license Qualcomm technology to build a CDMA iPhone. It also wouldn’t make much sense to have one support EV-DO when Verizon has made it clear that LTE will be launching soon, and Sprint has already deployed WiMax in 33 markets in the U.S.

One enticing idea about having the iPhone on T-Mobile’s network is the carrier’s HSPA+ markets where 21Mbps theoretical top speeds are allowing users to see up to 4-6Mbps of regular usage. But it looks like there may be some glimmer of hope elsewhere as Wu has told investors that the iPhone will hit multiple markets in the U.S. in 2011.

For now, after having hopes held high only to get shot down, we’re not going to hold our breath on this one. Rumors of the iPhone hitting other carriers seems to be standard fare in the industry these days and nothing has ever panned out, or even come close. If the iPhone really was hitting T-Mobile this fall, we’d imagine that Apple would have mentioned it when it announced global launch dates at WWDC.

A rash of T-Mobile BlackBerry users have had the BlackBerry service on their unlocked Verizon Storm cut off rather suddenly,...