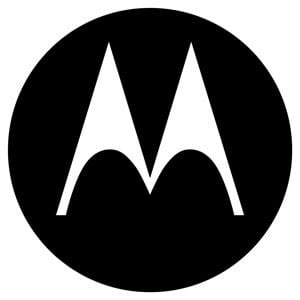 Motorola has a response to the new iPhone 4, and it involves the smartphone maker pushing out an Android smartphone that has a 2GHz processor later this year. You read that correctly – Motorola is working on a 2Ghz Android smartphone for launch in 2010! Today, the fastest smartphone, which by the way isn’t even official yet, is the HTC Scorpion and its rumored 1.5GHz Snapdragon processor. Motorola’s mysterious 2 Ghz Android phone would one-up HTC’s best in class efforts.

If this feat of smartphone engineering sounds hard to believe, we wouldn’t blame you, we did a double take ourselves when we first stumbled upon this info. But that’s not to say it won’t be happening. As far as Snapdragon processors are concerned, we’ve yet to hear said processors reaching speeds of 2GHz, so its likely that Motorola will not be going the Snapdragon route with their upcoming Android phone.

Motorola CEO Sanjay Jha, said that the company plans to, “Incorporate everything that is technologically possible in a smartphone today.” That’s a pretty hefty statement to say, and it will essentially invite the wrath of iPhone 4 users and Android fans alike if this handset falls short in any way. If you’re gonna make such a claim, you’d better deliver the goods with it.

So what else would you actually expect from a smartphone with a 2GHz processor? Let’s whip-up a dream phone, shall we? I’d like to see a Super AMOLED display, with a better resolution than the Motorola Droid for starters. Pixel density doesn’t have to be along the lines of the iPhone 4’s, since its Retina Display’s 326 ppi resolution is said to only increase clarity 3 to 5 percent supposedly, but I’ll take anything that’s better than 854 x 480! I can live with a 3.7 inch screen just fine, maybe bump it up to 4 inches, but I don’t need an EVO-sized display. I’d also like to see a hummingbird GPU on this thing, and plenty of internal memory. A great camera – 8MP will be fine, maybe even 5MP – is a given, but Motorola had better make sure you give us a decent lens and image sensor. Lots of RAM, HDMI out, and a front-facing camera for good measure. (for the most part, I’ve just described the Samsung Galaxy S)

And please Motorola, for the love of god, leave the Motoblur UI on the curb! I’ll be impatiently awaiting, thanks!

The Android-powered Motorola i1 will be available on Boost Mobile June 20 and it won't be better than the EVO...