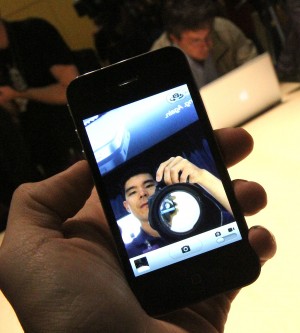 We know that the iPhone 4 is going to be hot, and one of the concerns about popular new devices is limited stock and availability, but it looks like the Apple might be taking care of that. According to Asia Optical chairman Robert Lai, his company has been shipping VGA camera lenses – the ones found on the iPhone 4’s front-facing camera – to Apple in numbers as high as 3 million per month.

This is good news for Asia Optical, of course, as it’s predicted to boost its revenues up to 30%, but it’s also great news for consumers who want Apple’s latest and greatest. Since the iPhone 4 is going to be available from so many retail outlets, our initial worry was that there won’t be enough stock and we’d be left waiting around while a lucky few get to tote theirs around town. News of this huge camera lens shipments does alleviate that concern a little bit because it could mean that just as many iPhones will be produced per month.

Perhaps there's nothing quite like the experience of lining up for a new iPhone, namely the iPhone 4 in just...