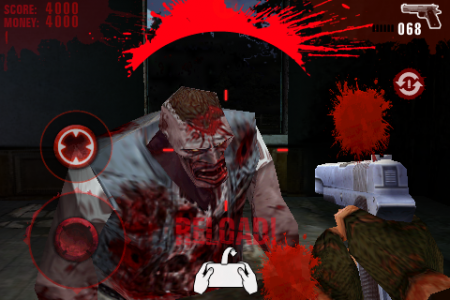 I don’t know about you, but I can’t get enough of zombie killing games. There’s just something so pleasing about murdering the undead that gives me a warm feeling in my heart. That’s why when I learned Bulky Pix was publishing a zombie killing “sim” that was similar to one of the best selling zombie killing games currently on the App Store, Call of Duty: World at War: Zombies, I knew I had to jump at the opportunity to check it out.

As I said earlier, if you’ve played Call of Duty: World at War: Zombies for either the iPhone or iPad, then you’ll feel right at home here. The concept is simple: You’re a lone survivor in a building fending off wave after wave of zombie attacks from multiple locations. You’ll first start off in a room with three windows where the zombies will attack from. After each wave of zombie murdering, the numbers of zombies increase as well as their difficulty. You’ll be able to hold off the zombies for a couple of seconds as long as you regularly close the windows after a zombie has made their way through one. The game concludes once you’re unable to fend off the zombie attacks, to which you’ll end up a tasty meal.

As you progress through multiple waves of zombie attacks, you’ll be able to upgrade your weapons with money you’ll collect from zombie murdering. I find it better not to ask why zombies are walking around with cash in their pockets and just accept that even when people become undead, they still hit up an ATM every so often since you never know when you’ll make your way to a restaurant that only accepts cash. But I digress. Not only will you be able to obtain new weapons from the money you collect, but you’ll also be able to unlock new parts of the building you’re hunkered down in.  As you make your way to new rooms, new windows will allow even more zombies to get in. 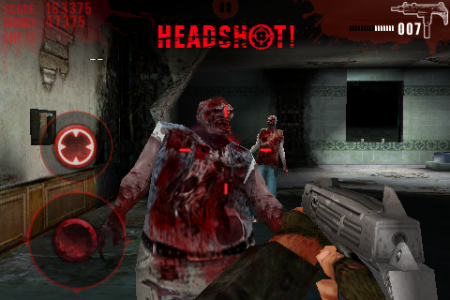 The on-screen controls are placed in appropriate spots. Your left thumb will navigate between the virtual joystick, which moves your character, and the button to shoot your weapon. The right side of the screen is used for aiming, which will zoom in the longer you keep your thumb down. Being able to zoom in certainly helps as aiming your shots helps cut down wasting your ammo, which is a precious commodity when you consider ammo is needed to kill zombies.  Shaking your iPhone allows you to reload, but I find using the on-screen button better as I nearly threw my iPhone a couple of times while I was being attacked by zombies.

The amount of zombies that can populate the building at any given time is impressive considering the platform. There isn’t a lot in terms of variety in zombies you’ll be facing, but that can easily be overlooked when there are 10 or so zombies breathing down your neck. 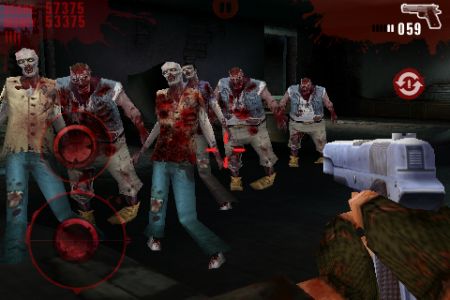 One thing CoD: WaW: Zombies has over Undead: The Last Refuge is its multiplayer mode. U:TLR is a purely single player experience, but that doesn’t mean it’s a bad one. Keeping the game as you against waves of zombies help in the game’s immersion as you’ll often spend your time frantically running and gunning. The game’s developer has said if the game sells well enough, they’ll produce more content for U:TLR. Let’s hope one of these is a possible multiplayer mode.

FINAL THOUGHT: Undead: The Last Refuge at its $2.99 price point is a very good game.  Although it takes a lot of its ideas from Call of Duty: World at War: Zombies, it can still stand on its own as a fine first-person zombie shooter that will keep players on their toes and paranoid with every step they make.

We know that the iPhone 4 is going to be hot, and one of the concerns about popular new devices...