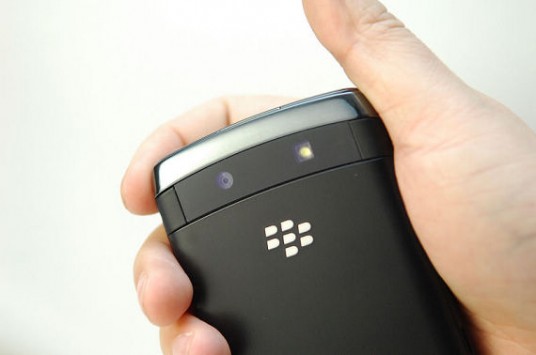 The last we had heard about the BlackBerry tablet, code-named Cobalt, is that it would have both Wi-Fi and 3G, but according to rumours from the Wall Street Journal, it might just piggyback on a BlackBerry smartphone’s internet connection, presumably via Bluetooth. This wouldn’t be entirely uncalled-for, since the early rumours pitched the tablet as a companion device that would share a lot of information with the smartphone, and RIM could probably save a few pennies by cutting down on the number of radios in there, but it would certainly limit the tablet’s utility.

Also, WSJ is claiming that the BlackBerry Bold 9800 (Bold, Torch, or Talladega, take your pick) will be launching with a 5 megapixel camera. This also doesn’t take a huge leap of faith, considering the BlackBerry 9670 clamshell, currently the only other known device to be running OS 6, also has a 5 megapixel camera. Regardless, we haven’t had much in the way of confirmation, likely because early builds of OS 6 have yet to support photo-taking. Rendering software, lens, and sensor quality are all just as important as the megapixel count, but it’s still safe to presume that the pictures taken on the 9670 and 9800 will be noticeably better than from the 3.2 megapixel cameras on the last generation. I really can’t wait to upgrade to the 9800, if for the camera alone – the 2 megapixel shooter on my Bold 9000 is getting really old really fast, especially when 8 megapixel cameras are becoming commonplace.

We have yet to see any hard evidence of the BlackBerry tablet even existing, but whispers have come in from so many independent sources at this point that it’s hard to ignore. It’s hard to ward away memories of  the Palm Foleo, which aimed to break open the mobile companion device category before getting canned, but I hope RIM manages to pull off something considerably more impressive with whatever they’re working on. We may be seeing the 8.9″ tablet as soon as December, while the Bold 9800 will probably land in June on AT&T.

The FlightView BlackBerry travel app has been updated with Storm compatibility. It's a pretty neat app that lets you look...