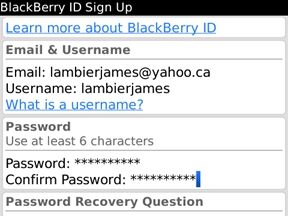 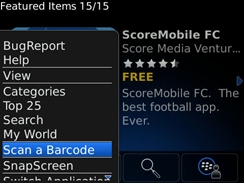 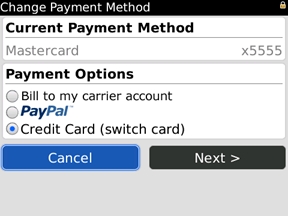 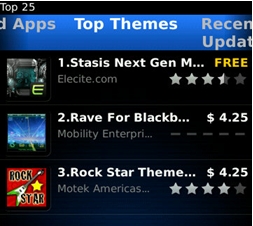 Although we’ve already heard a fair bit about it, RIM started showing off their new version of App World last night, and now RIM is giving us the tour. There are some user interface changes to fall in line with OS 6, namely a category carousel that shows some new pages: newest apps, recently updated, top 25 free, top 25 paid, and top 25 themes. Barcode scanning is a go; launched from the menu, you just point your camera at a barcode, likely on RIM’s desktop portal, and it shows up on your phone ready for download. As expected, carrier and credit card payments are also confirmed, though there’s still no word on which service providers will support App World purchases. Finally, there’s BlackBerry ID, which seems like it’s mostly a system of keeping all of your applications when you switch to another BlackBerry.

It’s a significant update to BlackBerry App World, and should get it ready for the impending launch of the 9800 and 9670. Depending on who gets it, carrier billing could get a lot more people buying applications out of sheer convenience. Prices in App World still tend to be on the steep side, and QR barcode scanning could be a bit more easier to access if it was built into the native camera software. The only other BlackBerry App World feature I could really use are coupon codes, but aside from that, App World is getting really nicely rounded out.

UK Parliament Sticking with BlackBerry, No iPhone Due to Security

In a recent publication, the UK Parliament addressed a variety of questions and concerns, spanning the gamut from food poisoning...