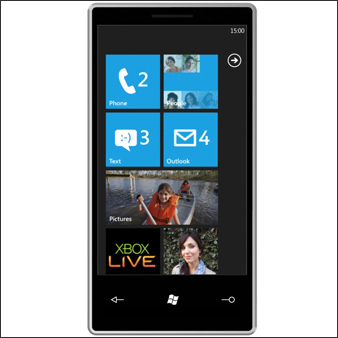 “We’re going to reset, but it is going to take us five years to build a product we all want to have. … I think when we look back on the release five years from now this was a foundational release not the release that broke through. We’ve got some tough competition.”

That sounds awfully dire, considering the speedy progress Android and iPhone are making with their respective OSes, and the head start enjoyed by other platforms, like BlackBerry and Symbian.

Can Microsoft’s mobile division afford to spend five solid years in a state of pubescence while the competition becomes either more heavily entrenched or advances more quickly? Well, yeah – it’s friggin’ Microsoft; they have the money to survive that long without too much worry, allowing them to think predominantly in the long view. Just look at the Xbox; it started off as a joke, and now trails only Nintendo’s marketshare, and even then, most hardened gamers will own a 360 before a Wii. And let’s be fair, between cut and paste and multitasking, iPhone is only now really coming into its own, three years after the first iPhone launched.

Microsoft is trying hard to woo developers to the nascent mobile platform, going so far as paying them to switch. They’ll need all the help they can get from the mobile software community, because right now the Apple App Store is good business, and few companies will see reason to splinter their efforts for an unproven market.

The Windows Phone 7 software should be ready to ship to carriers for testing within the next couple of weeks, launching to the public in time for the holidays.

When it comes to the number and even the quality of available applications and games, iPhone is the king. Android...