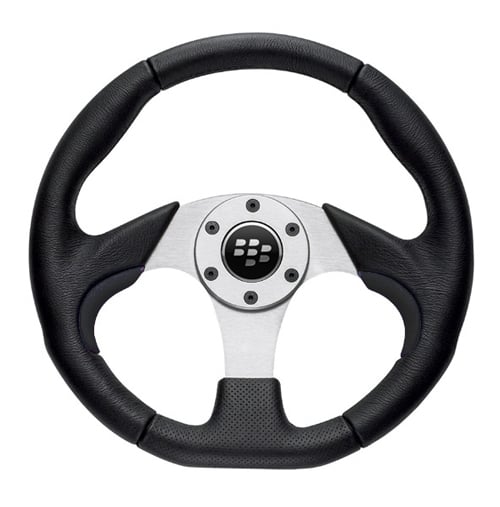 RIM has just recently applied for a trademark on the term “BlackBerry Drive”, which will apply to a wide variety of situations, ranging from software, education,  wireless, repair, payment, and advertising services, and lots more.  Despite the breadth of the application, it seems likely that BlackBerry Drive has something to do with QNX, a recent acquisition by RIM which has worked in the past with embedded auto systems.

If RIM is in any way taking a lead from car manufacturers like BMW, Ford, or Chevrolet, BlackBerry Drive could be something as extensive as a remote start and lock system built especially for BlackBerry. Ford Sync has been positioned as an extended development platform for mobile app creators; if RIM were to make a similar move and include tools necessary for automotive integration right in the BlackBerry SDK, it could pretty exciting for developers. BlackBerry’s most car-friendly advance to date have been the Bluetooth visor speakerphone, so it’s hard to see RIM making as big of a jump as say, partnering with car manufacturers to install custom BlackBerry-enabled systems, but a simple car dock that sends music out to the stereo and charges the phone would be a good start. One time I joked with some RIM people that folks wouldn’t get busted for texting and driving if they just built a BlackBerry keypad into the steering wheel, but something tells me that’s not going to happen.

One way or the other, we’ve got lots of room for speculation. Any bright ideas? How would you guys like to have BlackBerry play with your car?

Supreme Court: Any text messages or emails you send using government equipment can be used against you

Filed under "really, did we need the Supreme Court to tell us this?" we have the case of Quon v....