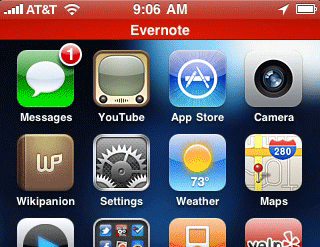 Although not every iPhone user around the world can’t try out the iOS4, it doesn’t mean smart iPhone developers are waiting. Quite the contrary as we have Evernote announcing their app is ready for the latest version of Apple’s mobile operating system.

In addition to fixing some of the known bugs, the upcoming version of the popular note taking tool will rock some cool features such as:

Of course, you’ll need to install iOS4 before being able to use the features mentioned above, but that shouldn’t come as a problem for any iPhone 3GS owner out there, right?

Apple has apparently been sending out e-mails telling iPhone customers who are set up for iPhone 4 home deliveries that...