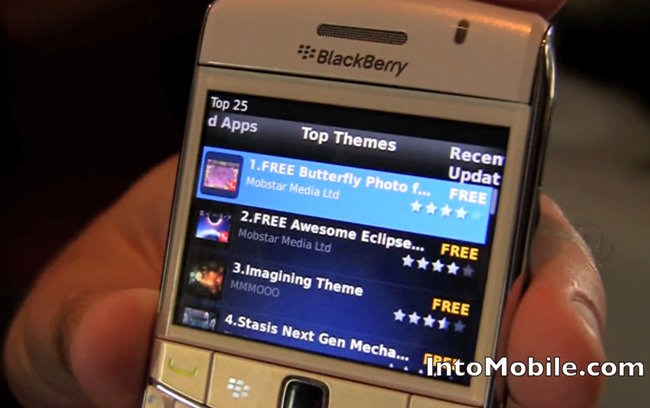 A few days ago, Will managed to get some hands-on time with BlackBerry App World 2.0.  We’ve already seen the screenshots, and know that it will be introducing a new BlackBerry ID system, carrier and credit card billing, and some UI improvements. There are a few finer details that App World product manager Alex Kinsella walks us through, like the reduced number of icons on the App World home screen, and grouped applications in My World (pending download, installed, and archived/uninstalled, all collapsible). Alex also mentions an update to the web version of App World coming later in the summer, that will enable you to buy apps in a desktop web browser, and sideload them onto your device via USB. This could be great if you want to keep the app backed up on your computer, as opposed to always hanging out in the cloud.

BlackBerry App World 2.0 will be available in a beta format later this summer, with a public release shortly thereafter.

A lucky private beta tester has shared a new traffic application for BlackBerry that RIM is working on. We've been...