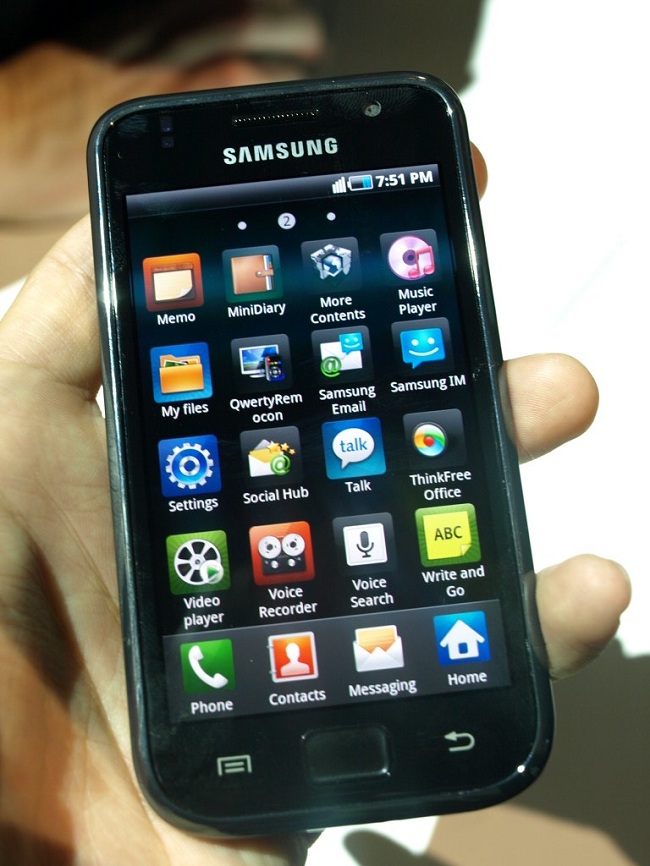 Verizon didn’t want to be left out of the Galaxy S party, so the Samsung Fascinate will be hitting Big Red soon.

The Fascinate will have Android 2.1 with some minor user interface flourishes from Samsung. Hopefully, these won’t be too intrusive and let’s hope we get Froyo sooner, rather than later.

Samsung’s custom software will also include its Social Hub, which is aimed at integrating your calendar, messaging and social networking information into a simple interface. There will also be an AllShare app that enables DLNA devices to share content over the air.

Verizon will also be throwing some software on the Fascinate, as the handset will come preloaded with the various V Cast services and Bing will also be on there.

The Fascinate will rock Samsung’s 1 GHz Hummingbird processor. This thing is suppose to kick all sorts of behind – independent testing shows that it can pump out three times the raw horsepower of the iPhone 3GS.

The star of the show will be that 4-inch Super AMOLED screen. We saw it at CTIA and this thing is absolutely drool-worthy. The colors are incredibly sharp and vibrant. You may have problems in direct sunlight but it’s a small price to pay, I say.

This has all the features you’d expect from a high-end handset, including WiFi (802.11n!), Bluetooth, GPS, 3G and a microSD slot. It will come with 2 GB of internal memory and Verizon will be nice enough to throw a 16 GB microSD card in there.

The Fascinate will also rock a six-axis sensor, which could lead to a new type of mobile gaming experience. Until the majority of Android handsets have this though, I wouldn’t expect too many developers to utilize this.

No official word on pricing or availability but I’d be shocked if it didn’t come out by August for about $200 on a new contract.

It's not much of a surprise, but Samsung's Android-powered Vibrant will be coming to T-Mobile July 21 for $199 with...