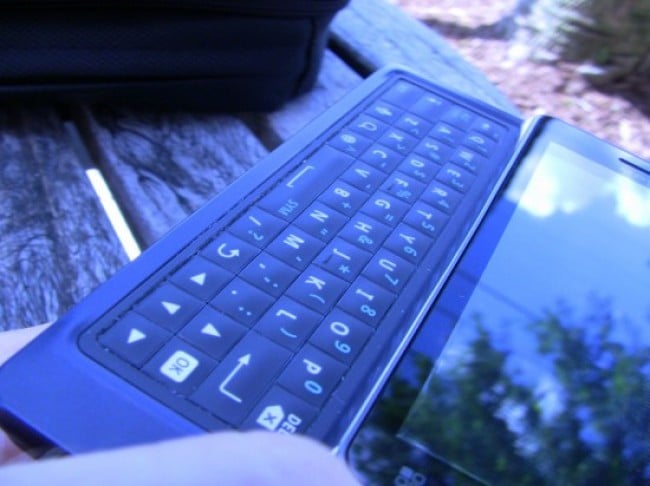 According to a trusted source of AndroidAndMe, we can expect to see the Motorola’s Droid successor- the Droid 2 hitting the shelves August 23rd, shipping with Android 2.2 (Froyo) out of the box.

If the sequel indeed does come with Froyo, this would be the first device in the United States to actually ship with it. The Droid X will be receiving the Froyo update likely in August, and if Motorola can get Froyo running on the X with it’s custom skin, they shouldn’t have too much trouble getting it on a stock Android device. With the original Droid getting Froyo possibly as soon as next month, it should be some sort of indication that the software will be released in the near future for other devices as well.

Would the introduction of the 2 sway you away from getting the upcoming Droid X? Some people may think so, but I think many will still hold their position for the X. The major underlying difference between the two upcoming handsets, other than the 2’s keyboard is the software.

The X has a custom skin running on top of it where the 2 will have stock Android. For updates, the 2 is where it’s at, and should receive new software releases before the X. If you need a QWERTY keyboard, you’ll probably go with the 2 as well, but if you’re looking for an entertainment device on the Verizon network, the X should suit you quite well.

Here’s to hoping we see Motorola’s smash-hit successor coming out on August 23rd with Froyo, and to the X which will provide Verizon customers another glorious option to choose from.

So what is the Droid you’re looking for? If I were going to switch to Big Red, I’d probably have to go with the X, but I’d like to get my hands on both before I make such decisions.