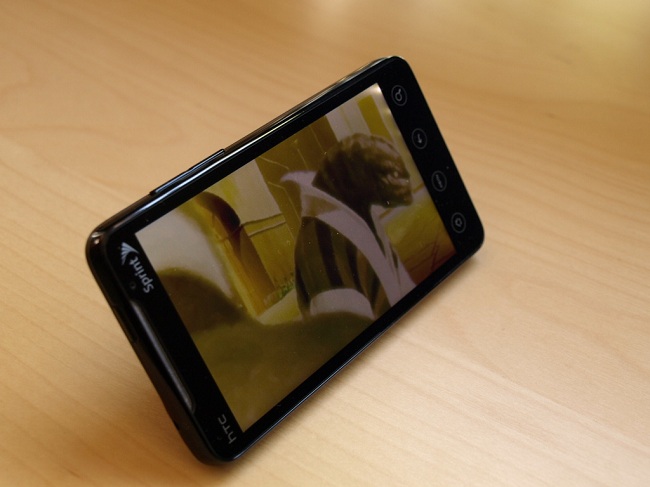 Yikes. After pushing out an over-the-air update for the Android-powered that seemed to brick some EVO 4G units, Sprint and HTC are momentarily halting the updated firmware.

You lovely readers tipped us off to this, as we heard a more than usual amount of complaints after this morning’s story. We reached out to Sprint for official comment and the third-largest carrier said:

While the vast majority of consumers successfully downloaded and installed the most recent HTC EVO 4G software update, we have received a handful of reports from customers having some issues with the update. In light of this, HTC and Sprint have decided to temporarily halt distribution of this software release until we can investigate further. We expect to be able to resume software updates shortly.

Most of our complaints sound downright awful. Reader Ollitsac said, “During the update my EVO just turned itself off. The status light is not even on while it was plugged into the charger. I tried turning it back on but it will not respond. I even reseated the battery, left the battery out for an hour and remove the SD but the phone is still dead.”

The common thread with bricked EVO 4G owners is that they monkeyed with the device when it turned off. Other comments suggest that leaving it alone, even after it turns off, will lead to a successful update.

Reader Scott said, “phone turned off and seemed unresponsive but avoided my temptations and left it alone. A few minutes later it started up like normal and said ‘update successful.'”

By no means am I blaming the user for this because if your handset just turns off in the middle of an update with no warning, I’d be pretty freaked out too. Other users are reporting that the update has messed up apps.

Let us know your experience in the comments and hopefully this will be resolved soon.

After months of anticipation, Android owners can now get their reading on as the Amazon Kindle app is live in...