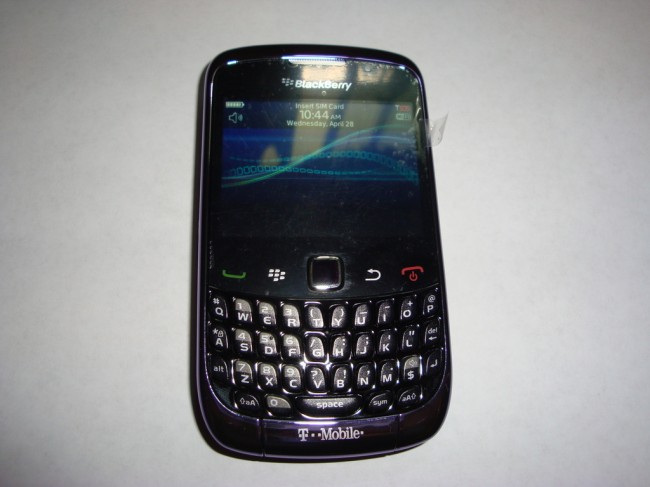 The last we had seen of the BlackBerry Curve 9300, code-named Kepler, it was happily bearing a T-Mobile logo, the first concrete sign of carrier support. There are a few new pictures bubbling up, showing an alternative purple paint job to the silver 9300 we had seen previously. The source of the picture and previous reports had said that the BlackBerry Curve 9300 would have 256 MB of application memory, but the first picture we’ve seen of the 9300’s memory screen shows a little under 128, and the device looks like it’s fresh out of the box without apps to fill it up. Although it’s running OS 5, there’s been a lot of talk that it would launch with OS 6, which would make sense given the platform version.

Other specs as far as we can gather are Wi-Fi b/g/n, 3.2 megapixel camera without flash, QVGA display, and a 624 MHz processor. It’s mostly just an upgraded Curve 8500-series, but if it does in fact launch with OS 6, it would be a worthwhile successor. In addition to launching on T-Mobile, there’s word that a CDMA version, the BlackBerry 9330, is also in the works. With any luck, they’ll both be as cheap as their older sibling, which was one of its main appeals in the first place.