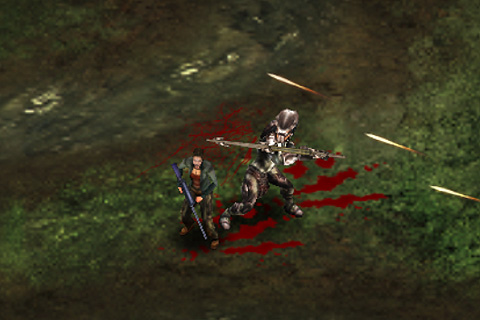 The Predators movie is set to be released on July 7th, and what would the release of a big budget summer film be without an official video game. That’s where Predators for the iPhone comes in. Chillingo & Angry Mob Games, who if you recall was the team behind Guerrilla Bob, have worked together to bring Predators to the iPhone, but does the game live up to the awesomeness that is a Predator?

Predators has you playing a Predator hunting down a number of hunters across twenty-four stages, each stage increasing in difficulty. The majority of the stages will introduce you to a new Predator tech for you to hone your skills on. You’ll start off with just your claws and a thirst for blood, but soon you’ll be using a combi stick, cloaking, disc, and more Predator tech. The long range Predator techs drain your energy, so you’ll need to be mindful of how often they’re used. 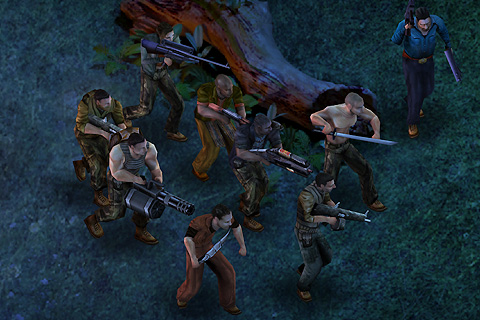 Towards later stages, enemy AI gets pretty difficult, so you’ll need to use every trick you’ve learned in previous stages to take them out without succumbing to their attacks. Some stages will have you facing off against a boss who first needs to be lured by killing a certain number of enemies, some of which need to be taken out in a particular way, or by just lasting a certain amount of time. When the number (or time) reaches the pre-determined amount, the boss will come out, to which you’ll need to focus your murdering efforts in his/her direction in order to complete the stage. Depending on how you kill your enemies, you’ll receive “Honor Points”. The honor points can be used to upgrade your Predator tech, which helps in making you even more deadly.

The level design for the most part stays the same across all stages, but using different lighting effects and the addition of rain in particular stages can offer some challenge as your cloaking is completely useless in the rain. That’s not to say the level design is boring, as most players won’t even notice it’s the same level when they’re too busy ripping off enemy skulls as trophies. But as a reviewer, it’s just something I noticed and thought was worth mentioning. 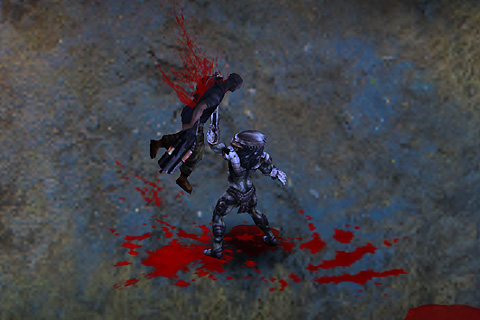 FINAL THOUGHT: Predators for the iPhone is an overall pleasant experience. Hunting your enemies is extremely satisfying, especially when you’re ripping them apart. The Predator techs also felt great to use, but they weren’t overpowering as the game limits their use. With 24 levels to play, Predators can certainly offer a couple of hours of entertainment.

There's good news if you're a Chase bank member and rock an Apple iPhone, as the banking app has been...