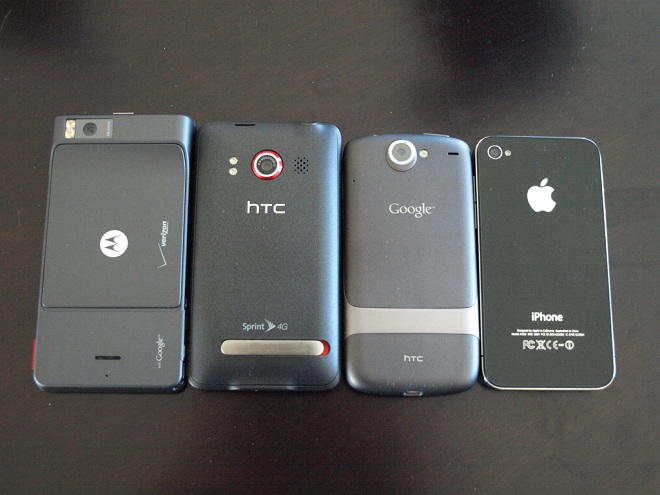 It was quietly a pretty big week in mobile, as we gave our take on the Verizon Motorola Droid X, Apple admitted its iPhone units have had reception problems from the beginning and Microsoft killed off its ill-fated Kin lineup. It’s Friday on IntoMobile, so let’s jump into the biggest stories of the week in the mobile world. 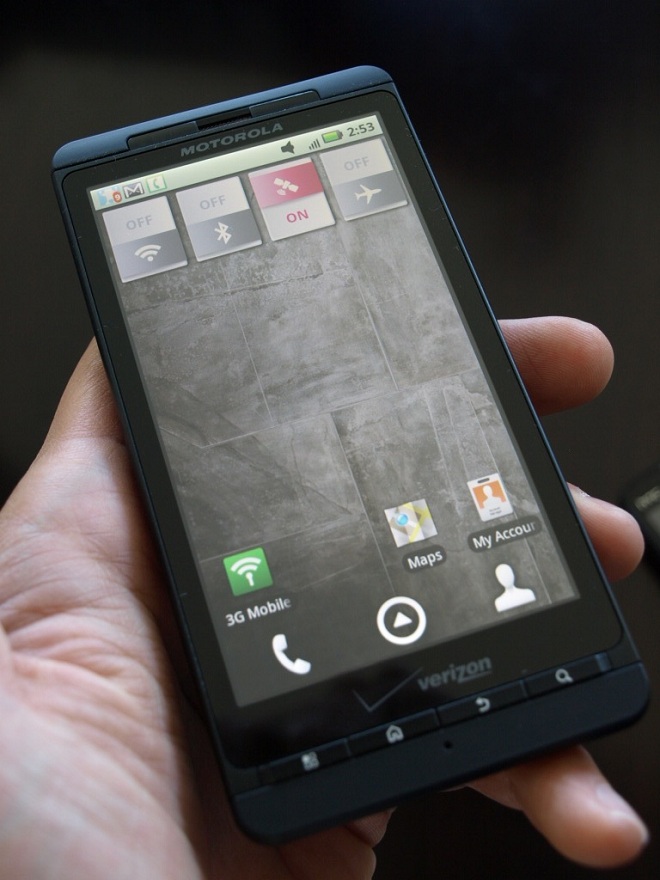 I’ve been playing with the Motorola Droid X for more than a week and put my thoughts down in a full review. The Droid X is packed to the gills with features, including a 4.3-inch screen, 8-megapixel camera, 1 GHz TI OMAP processor, Android 2.1, WiFi, Mobile Hotspot, GPS, 3G and Bluetooth.

Of course, every high-end smartphone now has crazy good specs. Does the Droid do enough with its software and hardware to stand out from the crowd?

Whatever sports metaphor you want to apply is appropriate for the Droid X, as Motorola hit a home run/slam dunked it/won the World Cup with this flagship handset from Verizon. It sports a lust-worthy design, has all the features you’d expect from a top-shelf smartphone, the software is really good and it’s relatively future proof for upcoming versions of Android. If you’re on Verizon and are eligible for an upgrade this year, there’s no reason to not buy the Droid X when it comes out July 15, even if you’re a fan of physical keyboards (the virtual one is just that good). It’s even good enough to lure Apple iPhone owners over to the dark side.

I especially liked the way the handset felt in my hand and think the Droid X can go toe-to-toe with devices like the EVO 4G and iPhone 4. I know many of you don’t have your hands on it yet, but let us know if you’re looking forward to this smartphone in the comments.

The Droid X will hit Verizon July 15 for about $200 after a mail-in rebate and a two-year contract. The smartphone comes with Android 2.1 but it should receive “Froyo” in late summer.

Apple, we have a problem 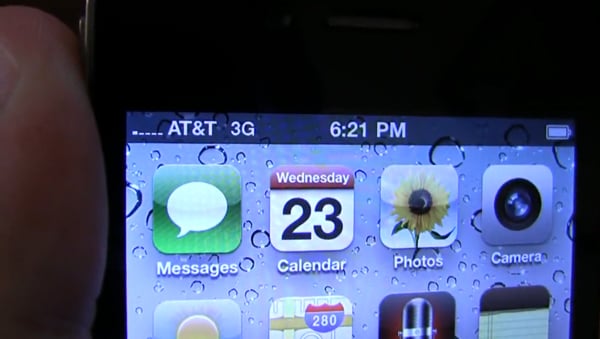 When reports first came out that the Apple iPhone 4 was having reception problems, most assumed it was due to the stainless steel bezel doubling as the antenna. In fact, multiple videos show users losing signal bars by placing the handset in the “Death Grip.”

It was pretty shocking to see Apple admit that there is a reception issue. This doesn’t just impact the iPhone 4, friends, but this issue has been persistent in all of Apple’s smartphones.

In a press release, Apple said:

Upon investigation, we were stunned to find that the formula we use to calculate how many bars of signal strength to display is totally wrong. Our formula, in many instances, mistakenly displays 2 more bars than it should for a given signal strength. For example, we sometimes display 4 bars when we should be displaying as few as 2 bars. Users observing a drop of several bars when they grip their iPhone in a certain way are most likely in an area with very weak signal strength, but they don’t know it because we are erroneously displaying 4 or 5 bars. Their big drop in bars is because their high bars were never real in the first place.

The company promises to fix this issue via a software update over the next few weeks, so we’ll keep you informed on when this comes out and if it actually fixes the issue. 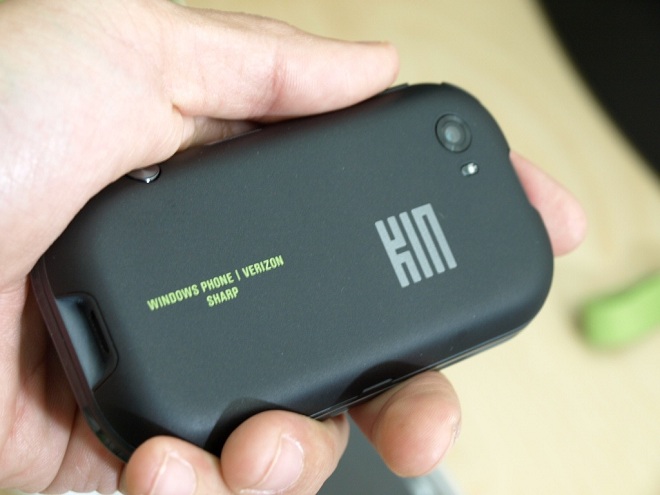 Microsoft made a bold and stupid move this week when it killed off its social-networking Kin lineup. The handsets weren’t gaining any traction and the company decided to nip things in the bud and just focus on Windows Phone 7.

I say the move is bold because Microsoft was able to admit failure and act accordingly. There were reports that Verizon had only shipped out 500 units despite a massive and somewhat annoyingly hip media blitz.

I don’t want to give them too much credit because if they were really smart, they would have never launched this line to begin with. Reports indicate that the Kin phones were released 18 months after Microsoft had initially wanted these phones to be released. If a device like this had come out then, it may have found some traction.

Additionally, Verizon was charging smartphone data plans for the Kin phones, which made it too expensive for the target demographic. A cool, hip kid wanting Facebook on the go would likely rather have a Droid Incredible if it’s the same price because the HTC device can access social networks on the go and download games and new apps with ease.

I do think that the Kin phones don’t have to die in vain, though, as I really liked the cloud-centric nature of the handsets. Hopefully, these aspects will be rolled into Windows Phone 7 soon.

These Kin phones will soon go the way of the dodo, so check out our walk through video of the software below. If nothing else, it will satisfy your morbid curiosity. 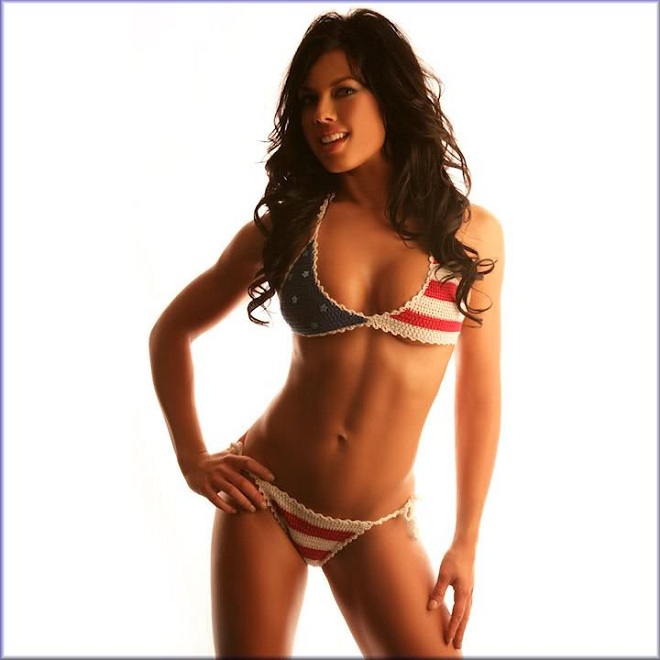 For you U.S. readers, this weekend should be full of barbecue, fireworks and daytime drinking. IntoMobile will still be going strong over the next few days though, so keep it tuned here for the latest in mobile news.

Motorola Cliq and Cliq XT users can expect to get Android 2.1 soon, as the company is testing out the...