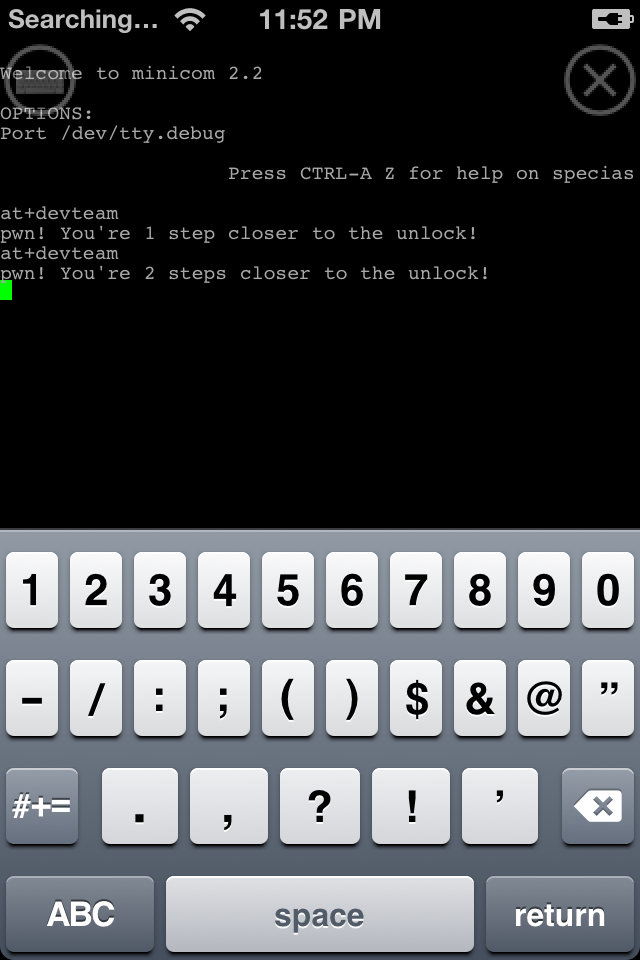 If you’ve been waiting to jailbreak and unlock your shiny new iPhone 4 to use with any GSM carrier you damn well please, you’re wait is almost over – so says the iPhone Dev Team’s @MuscleNerd on Twitter today. In less than 140 characters, @MuscleNerd confirmed to the Twitter-sphere that the Dev Team is indeed finalizing their ultrasn0w unlock utility to work with the new Apple smartphone, and is working with fellow hacker @planetbeing to make it run in the background. We already knew that an iPhone 4 unlock was imminent, but it’s good to hear it straight from the source.

The short tweet-announcement basically confirms that the world is about one step away from having a working carrier unlock solution that will allow you to use your glass-and-steel handset with any GSM network in the world. This is what @MuscleNerd had to say about The Team’s progress in developing the new ultrasn0w unlock tool:

Next step is to keep the task backgrounded like we did for 3G/3GS http://is.gd/dh7Jh. Backgrounded task is the unlock.

The problem, apparently, is that the iPhone 4 uses new baseband code that differs from that used in the iPhone 3G and iPhone 3GS. That requires a complete rewrite of the ultrasn0w unlock utility. Right now, MuscleNerd and crew are working to make the new ultrasn0w code run in the background.

For those of you not up to speed with the iPhone 4’s jailbreak and unlock status, allow us to break it down for you right quick. The “jailbreak” refers to a method/solution that allows an iPhone user to gain access to the iOS file system – which in turn allows the user to install apps and tools that aren’t approved by Apple. The jailbreak also allows the user to install a carrier unlock utility – the “ultrasn0w” utility, in this case – that unlocks the baseband processor/modem firmware (the code that controls how your handset connects to a cellular network) for use with any GSM carrier (T-Mobile USA, for example, in the US).

As it stands, we’re still waiting on the iPhone Dev Team to push out a new jailbreak tool for the iPhone 4. We’ll likely have to wait until Apple releases an iOS 4 update before we see the official Dev Team jailbreak go live. Hopefully, by that time, we’ll have a working unlock tool ready to go as well.

The HTC Desire and Samsung Galaxy S are pretty evenly matched on paper - both have 1 GHz processors, run...