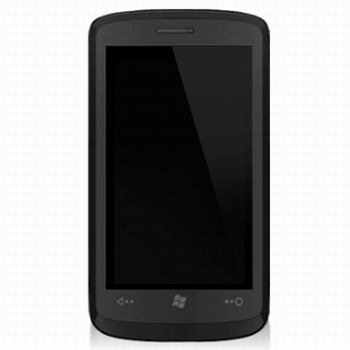 HTC plans to end the summer (actually start the fall) with new products and we love ’em for that. In addition to the Vision which we’ve seen from that “in the wild” photo, the Taiwanese company will also unveil two other devices, codenamed Gold and Ace.

The first of the two is rumored to be a Windows Mobile 7 device with specs on par with the HD2. In other words, expect a large WVGA touchscreen, 1GHz CPU and 5-megapixel or better camera. We’ve no idea how it will look like – the image above is just a mockup. It’s slated to hit the UK market at some point in November.

As for the Ace, it’s supposedly an Android-powered smartphone with still unknown feature set. The rumor suggests HTC will launch the Ace and Vision in the UK in October.

Since HTC is a global company I would expect to see all three devices introduced in other countries across Europe and elsewhere. As soon as we hear something new on these three babies, we’ll share it with you. Stay tuned…

As part of its "V" Festival promotion, Virgin Mobile UK will be offering special "V" versions of two Nokia smartphones...