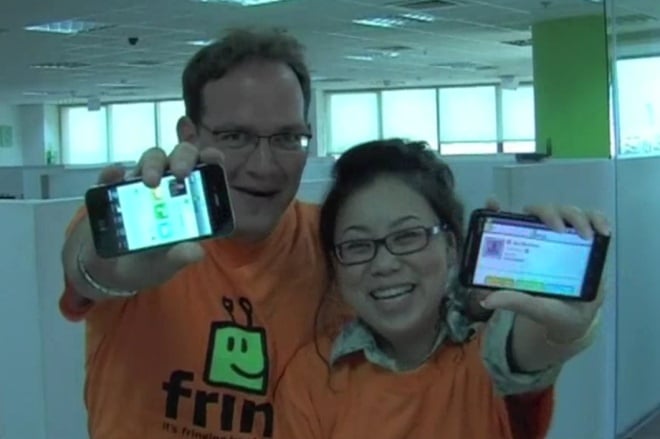 The FaceTime video-calling feature is a cool new aspect of the Apple iPhone 4 but it’s limited to iPhone users and can only be used over WiFi. Fring is trying to capitalize on those weaknesses and its updated apps enable users to make two-way video calls between iOS, Android and Symbian S60 smartphones.

The new app means you’ll be able to use your Apple iPhone 4 and video-chat with a friend on the HTC EVO 4G. The cool thing about this is that you’ll also be able to do this over 3G networks, so you can get your video chatting on anywhere you have decent coverage.

As you can see from the oddly enthusiastic video below from Fring, the chatting can be a little choppy over 3G but that’s to be expected.

I’m still a bit skeptical about the mainstream appeal of video calling but I do believe that cross-platform programs like Fring have the best chance of appealing to the masses. We should see a spate of new devices soon come out with a front-facing camera (the Samsung Epic 4G comes to mind), so there should be a larger potential audience for this type of program.

This type of app also indicates that Apple was serious when the company said it wanted developers to utilize that front-facing camera for apps. While I appreciate companies like Fring doing exciting things with it, I get the feeling that the majority of Apple iPhone 4 users will stick with just using FaceTime because it’s easier to work out of the box.

The updated Fring app for the Apple iPhone also takes advantage of multiple capabilities of iOS 4, including the ability to run in the background to notify you if users are trying to reach you via video. There’s also a social stream that aggregates tweets and Facebook updates.

Want to know more about the video-calling capabilities of the EVO 4G? Check out our full review for a thorough take on the front-facing camera and more.

It's natural for our gadgets, including the Apple iPhone 4, to get a little hot every now and then. It's...