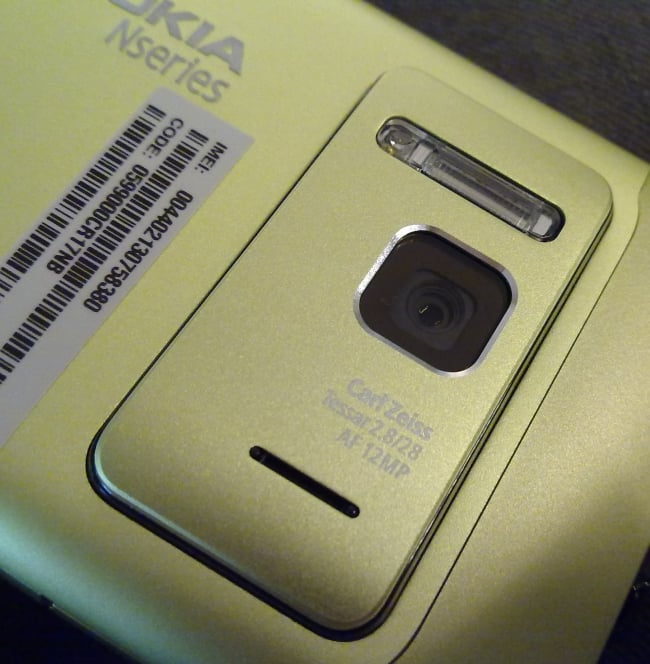 Damian Dinning has been working at Nokia for a little over 6 years. Before he joined the Finnish firm he played around with high end camera equipment, but doesn’t exactly mention his previous experience, nor his current title and role with the world’s largest mobile phone marker.

Regardless, in a 2 part blog post [part 1, part 2] he discusses Nokia’s upcoming imaging flagship, the Nokia N8, and why it’s going to be different when compared to every other camera phone on the market.

Since January he and his team have been tweaking the image capturing algorithms. To quote Damian:

Fairly early on, applying the usual techniques and methods of image quality optimisation provided incredible levels of ‘perceived’ detail and sharpness. Many people were truly excited by this incredible resolution. But myself and a few colleagues looked at them and – despite the reaction from others – we thought, “No, this isn’t right”.

This is when we made the decision to go for reproduction that was as natural as possible, and that’s what we’ve been working on since.

Edge enhancement, otherwise known as sharpening, has been tuned “to a point where it’s almost disabled” during image capturing. During video capture, in good lighting, noise reduction is turned off. This is all possible due to the new high end 12 megapixel camera sensor inside the N8.

How about the Xenon flash on the N8? Damian says that “in practice, you’ll find the flash range is greater than that of the N82. You’ll also notice that noise is lower but detail is higher.” Further adding that there is a much more effective red eye removal algorithm that is now running all the time, versus the N82, which required that you manually turn on red eye reduction mode.

And the video recording? The N8 pumps out 12 megabit per second files under maximum quality. That’s 90 megabytes per minute. That’s less than 8 minutes of video on a standard 700 megabyte blank CD. In other words … it’s going to be crisp. The N8 also has 2 microphones, one near the camera sensor, and one that faces you, the consumer. Since the N8 also uses the full 12 megapixel sensor while capturing video, and then spits things out to 720p resolution, you can effectively use 2x digital zoom and there will be zero loss of quality.

Oh and one more thing: “There’s also a new feature where it will remember your favourite settings every time you restart the camera.” Know how long I’ve wanted my Nokia to remember my image capture settings? This would be awesome if I was considering purchasing the N8 … but it’s not my cup of tea.

There you have it. Nokia saying that the N8 will be the best camera phone there is. Would you expect any less? Get it out on the market. Get it in people’s hands. Let’s see what the people say.

Update: Here’s another Nokia Conversations blog post that shares many new image samples from the N8. Note that these are untouched. Meaning the photo was taken, the JPG was recorded on to a memory card, moved to a PC, and then straight up uploaded. No photo chopping.

37signals’ Draft app helps you sketch ideas on your iPad

37signals which you may know for their web-based products and services such as Basecamp, Highrise, Backpack and Campfire is out...