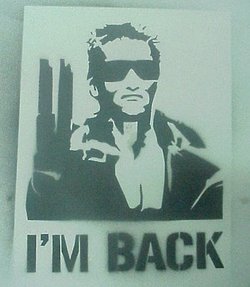 Oh, NTP, you and your silly lawsuits. When you aren’t suing RIM and settling for $612 million, it seems like you’re going after everyone else. That’s right, folks, the same laughable patent trolls are at it again for the same thing it sued RIM for — wireless e-mail technology. Now that RIM has been sued along with the four major American carriers, NTP is going after Apple, Google, Microsoft, HTC, LG and Motorola. I guess that e-mail patent that the company holds is just the gift that keeps on giving, right?

Given the length of the RIM lawsuit and settlement, this is going to be a long and arduous suit for all the manufacturers involved. What annoys me the most about patent trolls like NTP, who do nothing but sit on these patents and never create any meaningful technology out of them, is that it ends up stifling innovation. Ultimately, it’s the consumer who loses out. We’ll have to wait and see how this one plays out over the next few years or so.