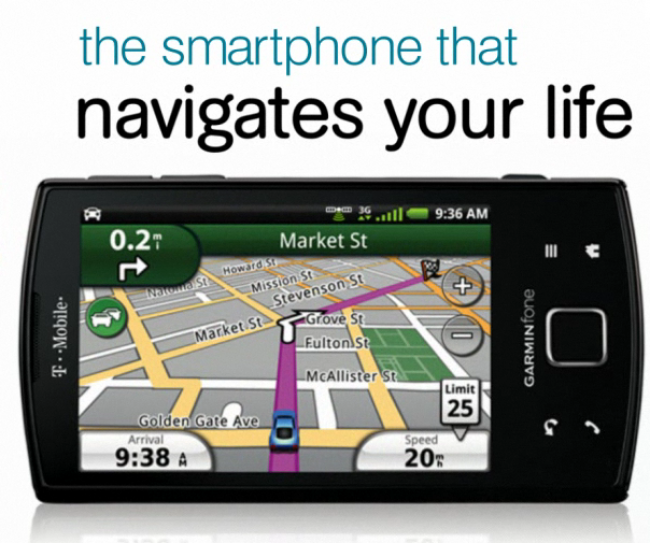 While it’s not the sexiest device around, nor is it something you’ve been pining over like … any other smartphone, some may be happy to hear that T-Mobile has already cut the price of the Garminfone to $129.99.

While Garmin said that the Garminfone is selling as they expected it to, there has been some who say that the device has not been selling all that well.

Who can blame them for thinking that one? It’s certainly not the most compelling device, and while their built-in navigation service may have a couple advantages to Google’s Navigation beta, there’s likely not too many people who are looking for the device solely by it’s turn-by-turn navigation powers. And if it is selling so well, why the price cut so soon?

The Garminfone isn’t really trying to compete with higher-end devices like the iPhone 4 or Droid X, but it’s hard to see the benefit in having this phone when almost every Android device comes with it’s own turn-by-turn navigation software and the iPhone has plenty of alternatives.

Cutting the price for the lackluster device doesn’t look like it’s getting the attention Garmin expected, no matter what the company says. This may indeed just be T-Mobile cutting prices to appeal to people, since they need as many customers as they can get but the Garminfone isn’t the phone anyone is going to switch carriers for.

If you’ve had your eye on the Garminfone, now may be the time to get one. Not only has T-Mobile cut the price for the thing, it’s offering a buy one get one offer, along side it’s myTouch 3G Slide, and HD2 if you’re wanting a family plan.

Does the recent price drop of the Garminfone make you want one anymore than you didn’t before? Hit us up in the comments!

I don't know about you, but when I think about American Eagle Outfitters, I immediately think about high-end smartphones. Well,...