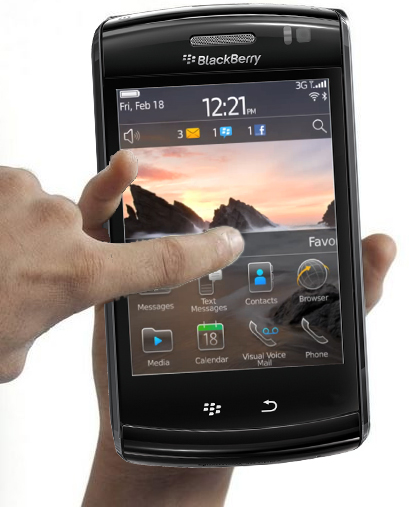 This weekend we heard that the upcoming BlackBerry tablet, code-named Cobalt, would have a forward- and rear-facing camera as well as a 1 GHz processor, and today we’ve got Flash support to add to the mix of rumoured specs. This would be a huge differentiator from the iPad, and give BlackBerry an honest advantage in media over Apple. RIM has already been forthcoming about working with Adobe and trying to get Flash onto their products, but we’ve yet to see any fruits from that relationship. Presumably the Webkit browser that launches with OS 6 will at least be capable of picking up Flash video support later, if not launching with it.

There’s still some contention about whether the BlackBerry tablet’s screen will be 8.9″ or 7″, and if it will have its own 3G and Wi-Fi connectivity, or if it will piggyback on a BlackBerry smartphone’s connection, as per its smartphone companion status.  We have yet to see any pictures of the supposed device though, leaving us to spend way too much time in Photoshop trying to figure out what a giant 7″ Storm would look like.

Even with this crummy mock-up, it’s still hard to imagine a BlackBerry tablet, and what kind of use cases it would fulfill while still using the same BlackBerry operating system as the smartphones. Developers have a hard enough time making apps for RIM’s wide and varied range of devices as is, let alone making a whole new breed of tailor-made apps for an entirely different form factor. We’ll see how it goes when the BlackBerry tablet launches sometime in December.

We were worried when we heard rumors that the Motorola Droid X will be in short supply when it launches...