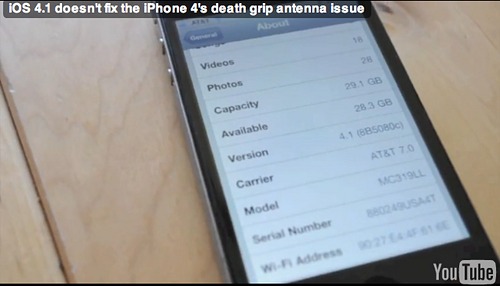 Well, iOS 4.1 beta and SDK are available to iPhone developers now and nothing seems to be too different. Almost nothing significant at all. That means the antenna issue with the iPhone 4 is still very much there. I’ve said it before and I’ll say it again: I highly doubt that any amount of software magic can fix what appears to be an inherent hardware problem. Surprised?

You really shouldn’t be. Apple and Steve Jobs kept asking us to stay tuned, and that updates were on the way, and to just quit holding your phone that way because you’re doing it wrong. Anyway, if you’re still doubtful, here’s some video to give you a little bit of reassurance. It’s just not fixed.

TheVerizon Motorola Droid X is one sexy piece of kit, and is one of the best devices we've got our...