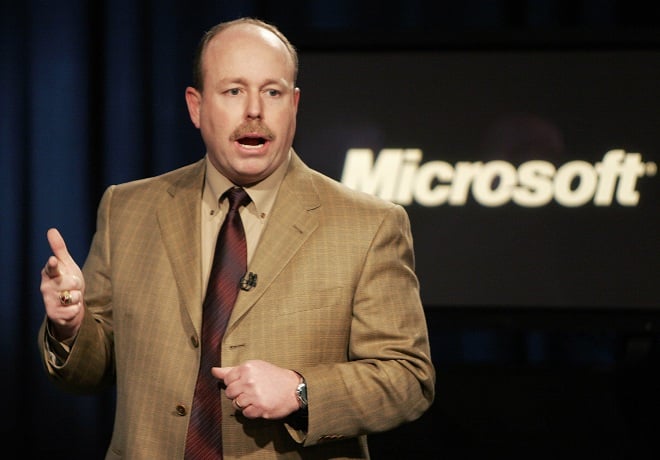 With its upcoming Windows Phone 7 just on the horizon, you’d expect Microsoft to throw a few jabs at the Apple iPhone. However, you wouldn’t expect it to associate one of its own products with failure while doing so.

That’s exactly what Microsoft Chief Operating Officer Kevin Turner did during the keynote speech at the company’s Worldwide Partner Conference.

He also poked fun at the mounting issues with the Apple iPhone and its antenna.

“One of the things I want to make sure you know today is that you’re going to be able to use a Windows Phone 7 and not have to worry about how you’re holding it to make a phone call,” Turner zinged.

These are all easy shots to take and while Apple is probably not happy about all the insults being lobbed at its reception issues on the iPhone, it doesn’t seem to be impacting sales one bit. The Apple iPhone 4 sold 1.7 million units over its launch weekend and it would have sold more if Apple could have pumped out more devices. Even with Consumer Reports taking back its purchasing recommendation for the iPhone, I don’t see the momentum going away anytime soon.

To be fair, these were just two lines taken out of a long speech and because this was a Microsoft event, you do have to give your base a little meat by insulting the Apple iPhone. However, I’d prefer that Microsoft start crowing about Windows Phone 7 and its capabilities and hardware instead of taking pot shots though.

I was debating Microsoft’s chances in the mobile space with colleagues this week and I still think the software giant is sitting on a hit with Windows Phone 7. I dig the new user interface because it takes us beyond app icons in a grid (which has somehow been dubbed “innovative”). I’d much prefer a more holistic experience where the apps seamless integrate with the system and the UI, and Windows Phone 7 looks like it could do that.

Of course, the proof will be in the pudding and we’re still months away from cool Microsoft Windows Phone 7 handsets like the Dell Lightning. What do you think of Microsoft’s chances?

Apple has acquired an online mapping company Poly9 and this could be the first step in its divorce from Google...