It’s barely been a month since we rolled out the first Superphone Shootout but the smartphone market has become even better. We’ll take a look at the hottest devices on all the major carriers and break down the pros and cons and each. 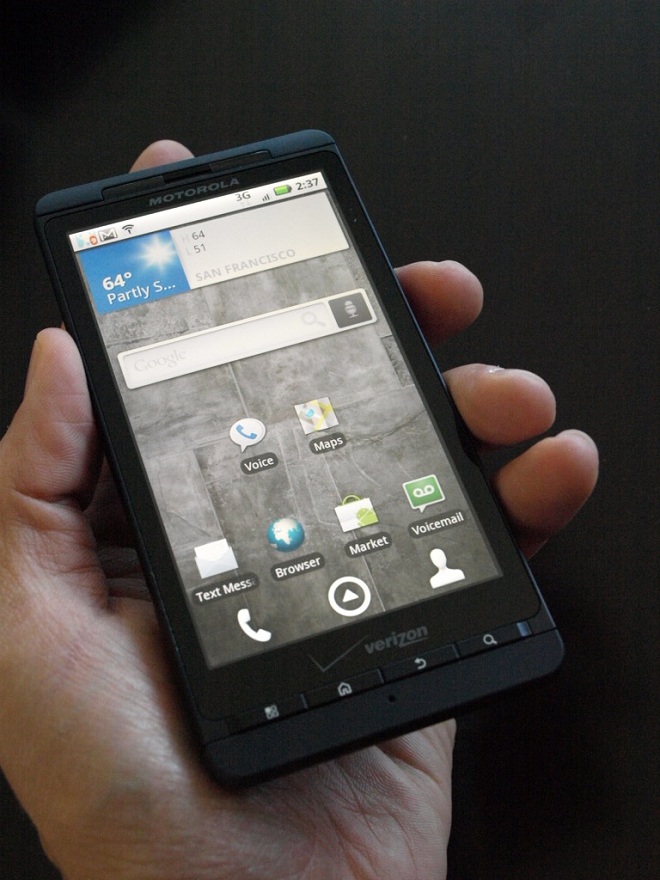 The Motorola Droid X is crash-landing on Verizon July 15 and I get the feeling a lot of Big Red’s customers will be very pleased with this large, full-touch smartphone. The thing is much larger than the original Droid but you soon get over that because that 4.3-inch screen is a delight to use. Sure, it doesn’t quite blow you away like the Retina Display or Samsung’s Super AMOLED screens, but it does just fine for most users.

The handset rocks Android 2.1 with some MotoBlur flavoring (please don’t fight me on this one commenters, Motorola CEO Sanjay Jha said so). MotoBlur has been scaled back, so it’s not very obtrusive, but it’s still a bit useless. I can’t wait for the Motorola Droid X to get Android 2.2 for full Adobe Flash support and better overall performance.

The device has all the features you’d expect from a top-shelf smartphone including an 8-megapixel camera with HD video, WiFi, 3G, Bluetooth, GPS and more. Specs are one thing, but how does the Droid X work in real life? Check out our full review for a deep dive but the gist is:

Whatever sports metaphor you want to apply is appropriate for the Droid X, as Motorola hit a home run/slam dunked it/won the World Cup with this flagship handset from Verizon. It sports a lust-worthy design, has all the features you’d expect from a top-shelf smartphone, the software is really good and it’s relatively future proof for upcoming versions of Android. If you’re on Verizon and are eligible for an upgrade this year, there’s no reason to not buy the Droid X when it comes out July 15, even if you’re a fan of physical keyboards (the virtual one is just that good). It’s even good enough to lure Apple iPhone owners over to the dark side. 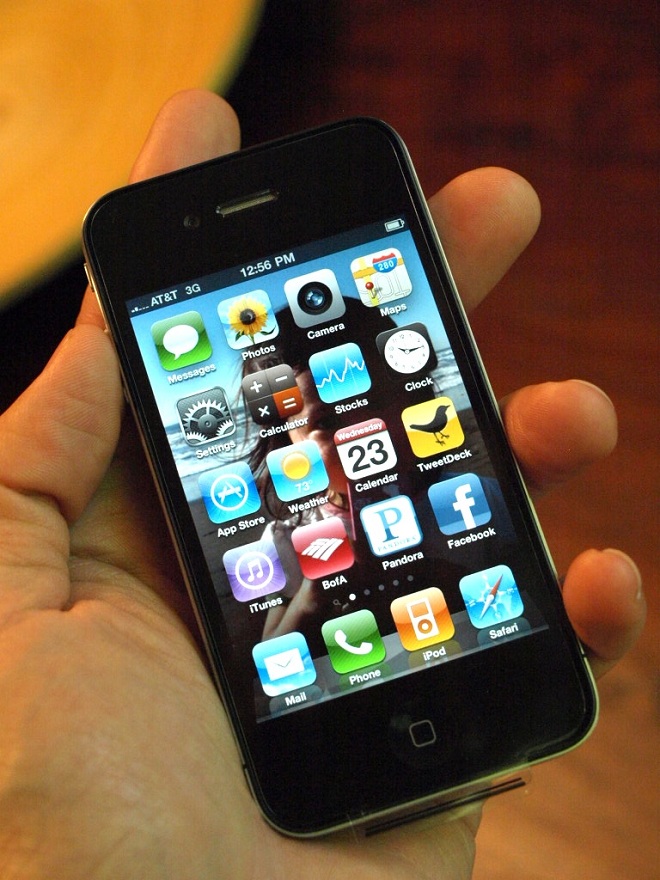 The Apple iPhone 4 has been on the market for a few weeks and it has been a blessing and a curse for Apple. The handset has been a massive seller (Apple can’t keep up with demand) but it has also been plagued with reception issues that have some comparing it to Toyota and demanding a recall.

The way Apple has handled the antenna situation is deplorable and I think it will eventually have to hand out those bumpers for free. With that said, the IntoMobile team with iPhone 4 handsets would still recommend the device to friends and readers for a variety of reasons. The 3.5-inch Retina Display is absolutely gorgeous and it really makes photos, videos and text pop out.

The camera has also received a much-needed boost, as you now have a 5-megapixel shooter with an LED flash. There’s also a front-facing camera that can be used with Apple’s FaceTime for two-way video chatting. You can also record 720p HD videos that can be edited on the handset and uploaded to sites like YouTube, and there’s also a new iMovie for iPhone which will give you the ability to add titles, transitions and more.

The 1 GHz Snapdragon processor is becoming a standard in most high-end devices but Apple is sticking with its custom A4 chip for the iPhone 4. This is the same CPU that powers the iPad and it provides some strong horsepower. The iPhone 4 has performed admirably in our time with it and we’ve yet to see significant slowdown and the battery life has been pretty darn good too. There’s also an internal gyroscope which gives developers the ability to create apps that utilize six-axis motion controls.

Beyond the hardware, the next iPhone will rock iOS 4 (previously iPhone OS 4.0). This plugs most of the major holes in the platform by including multitasking, iAd, a social-gaming network and more.

Check out our hands-on video of the iPhone in the video below for a closer look at Apple’s latest smartphone. 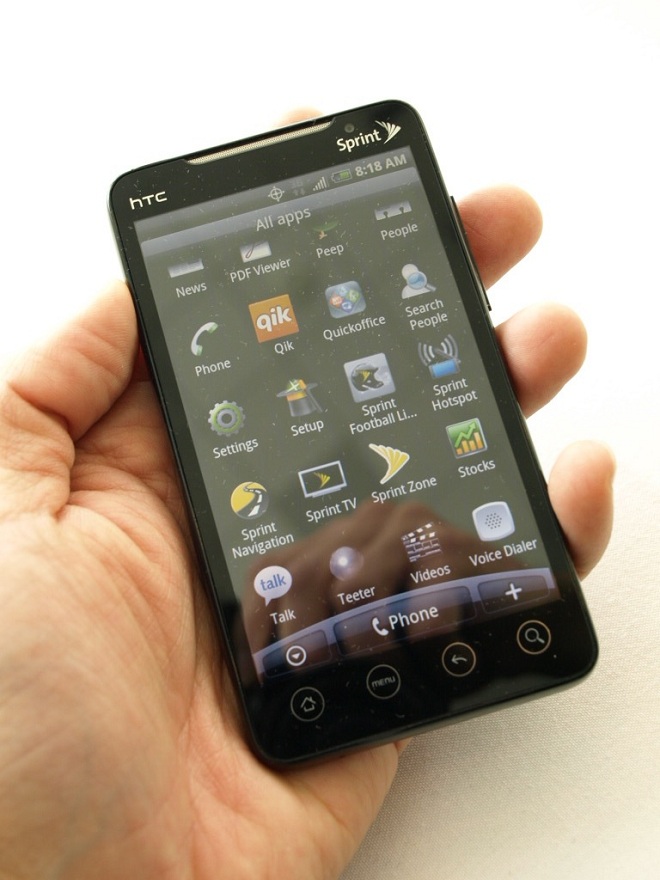 If bigger is better, than HTC’s EVO 4G on Sprint is the best of the bunch. The handset packs a large, 4.3-inch display that works well in sunlight and it makes browsing the web and watching videos on the go a pleasant experience. It’s still a big phone but it has slim profile and it doesn’t weigh too much.

It rocks a 1 GHz Snapdragon processor, an 8-megapixel camera that takes pretty good shots, a front-facing camera that can do two-way video chats, HDMI-out port, and all the connections you want from a smartphone. It runs Android 2.1 with HTC’s Sense UI layered on top, and the company has promised users will get 2.2 by the end of the year.

Beyond the form factor and features, the most compelling thing about this is the ability to tap into Sprint’s expanding 4G network for home broadband-like speeds on the go. You’ll have to pay a price for that though, as EVO users are required to pay a $10 monthly premium on top of voice and data, even if you’re not in a 4G area. You’ll also be able to use this 4G connection as a mobile hotspot for up to eight devices, but this will cost $30 a month.

We put the handset through its paces in our full review. How did it fare?

So, does Evo live up to its striking good looks, killer feature-set, and the promise of a multimedia dream come true? Well, in case you haven’t been paying attention. Damn skippy. Evo’s huge screen just oozes sex appeal to any gadget geek – at the very least, it will draw the attention of just about anyone you happen to be near when you start playing with Evo.

Droid Incredible
Available for $199 on a new, two-year contract with Verizon Wireless 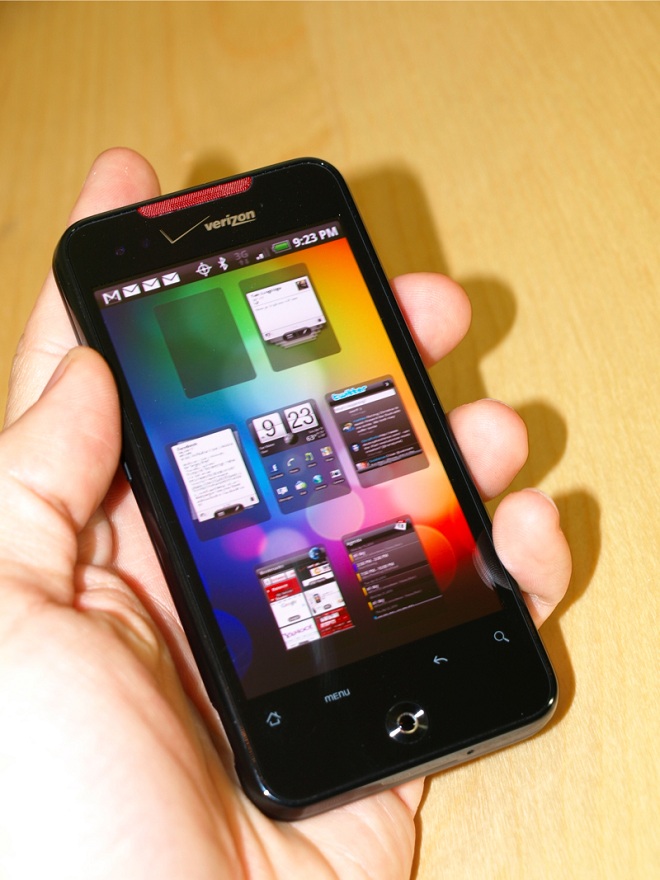 The Droid Incredible has been flying off the shelves at such a fast rate that Verizon can’t keep up with demand. There’s a good reason for that, as the device does seem to live up to its name. According to our thorough review:

Overall, the Verizon Droid Incredible is a great Android phone. It’s got the hardware chops to take on the best of the best. It’s light on its feet and handles most tasks – UI, maps, apps, videos – with ease. HTC Sense makes everything better. We like the design. We like the specs. Despite it’s drawbacks, we really like the Incredible.

It sports a good-sized 3.7-inch AMOLED capacitive touchscreen with a WVGA resolution. It ditches a physical keyboard to maintain a slim profile, but some may not like the grooves on the back of the phone. Inside, there’s a 1 GHz Snapdragon processor, GPS, WiFi, Bluetooth, 8-megapixel camera with a dual-LED flash, and a microSD slot. It runs Android 2.1 with HTC’s Sense UI, which does add some needed visual panache.

Is the Droid Incredible better than Motorola’s Droid X? It all depends on how much you like HTC Sense. Of course, you probably won’t be able to get an Incredible because AMOLED shortages have led to painful delays. Ah well, at least you can be close to it by watching the video below. 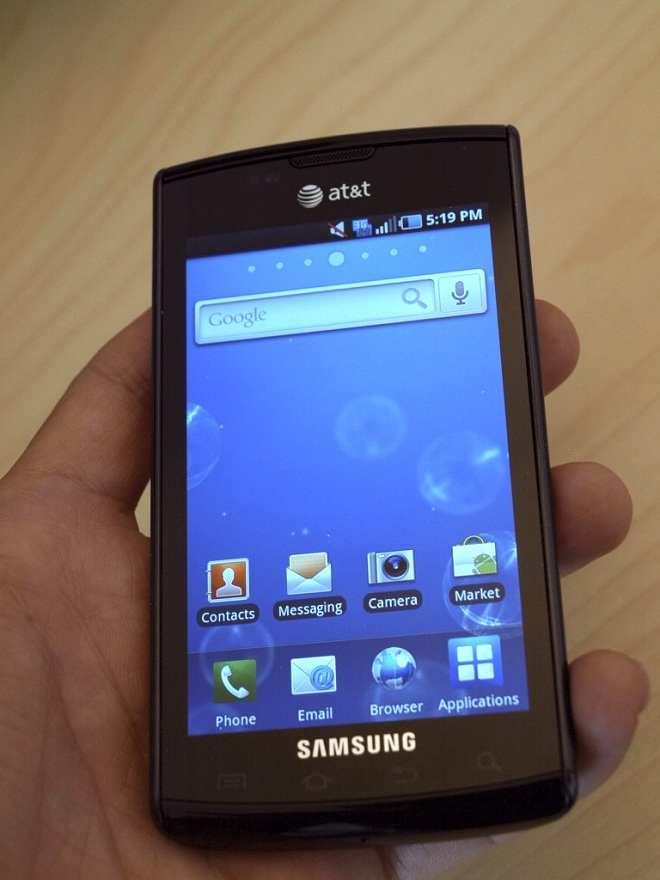 During the last Superphone Shootout, I mentioned how the Samsung Galaxy S lineup may be the wild card of the summer for T-Mobile and I was kind of right. Not only did Samsung bring out a stellar Android-powered handset for T-Mobile, it also brought a variant of the device to five other major mobile operators.

If you want some Android Super AMOLED goodness, Samsung has your back on nearly any carrier. There’s the Captivate for AT&T, Fascinate for Verizon, Vibrant for T-Mobile, Epic 4G for Sprint, and straight up Galaxy S units for U.S. Cellular and Cellular South. There will be minor differences but each will rock a 1 GHz processor, 4-inch Super AMOLED screen (these are brilliant), 5-megapixel camera and Android 2.1 with some UI tweaks.

The Epic 4G stands out from the pack because it rocks a full, slide-out QWERTY keyboard and it can take advantage of Sprint’s next-generation mobile data network. It also rocks a front-facing camera to do video calls. Take that FaceTime!

We’ve been able to thoroughly test the AT&T Captivate and the T-Mobile Vibrant and both were well-received. Check out the full reviews below.
AT&T Samsung Captivate Review
T-Mobile Samsung Vibrant Review 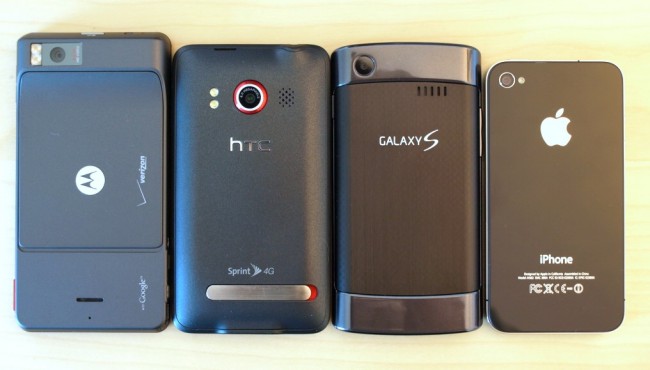 When we first came up with this list, I thought we would have these devices duke it out to find out which is the best. The truth is, all of these smartphones are stellar devices with its own positives and negatives. We’ll give you information and our take and then let you decide for yourself.

With the ways things are going, we’ll probably have to do a round three in a few weeks. By then the Nokia N8 could finally launch, BlackBerry 6 devices should be interesting and maybe LG will finally get it’s act together. Regardless, let us know what you think in the comments and tell us your experiences with one of the devices above. 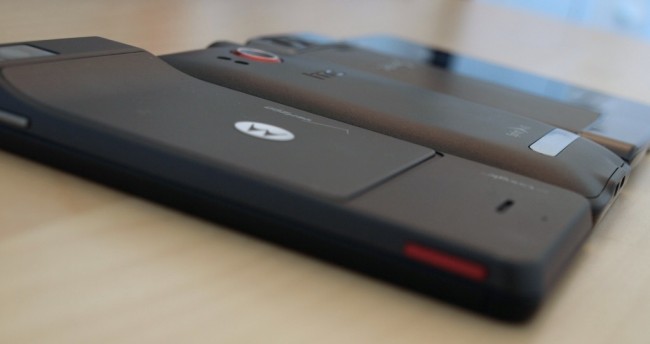 Dell Streak to join the Android party on July 19th?

While AT&T is gearing up to launch the Samsung Captivate (Samsung Galaxy S), the carrier may be planning to launch...