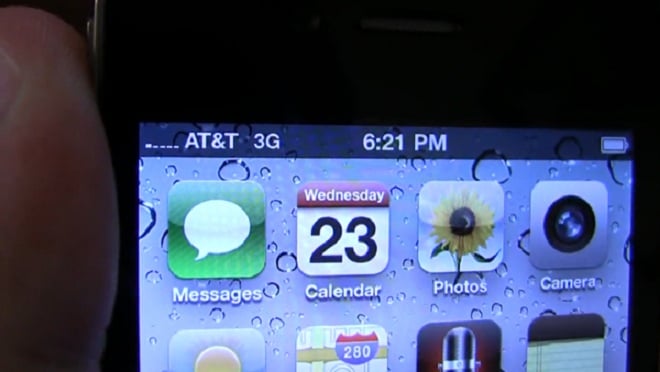 Apple is holding a press conference tomorrow morning to presumably address the iPhone 4 reception problems and a source tells the Wall Street Journal that the company will definitely not issue a recall.

What’s interesting is that this latest report said the cases that Apple used to test the device may have contributed to the problem. As you may remember, when the prototype leaked, it was in a specialized case to make it look like an iPhone 3GS. This may have not allowed testers to see that holding the Apple iPhone 4 with your bare hands in certain positions can lead to a loss in signal strength, or a “Death Grip.”

The company did admit that there has been a long-running issue which misrepresents how much signal strength an Apple iPhone 4 is actually getting. A software patch is supposed to fix this but the iPhone 4 could have inherent design flaws, or it could just be a bad production run.

The Apple iPhone 4 has been a huge hit despite the reception problems, as more than 2 million units have been sold in about a month. That’s why it’s not surprising to see the company rule out a recall because experts have said this could cost up to $1.5 billion. Apple could give out free bumper cases to impacted users and, while this would cost millions of dollars, it would be considerably less than a full-fledged recall.

We really want to know what you think the company should do about the Apple iPhone 4 antenna reception issues. Hop on over to our poll and let your voice be heard, friends.

What should Apple announce at tomorrow’s press conference?

We all know Apple will hold a last-minute press conference Friday and it will probably address the "Death Grip" issues...