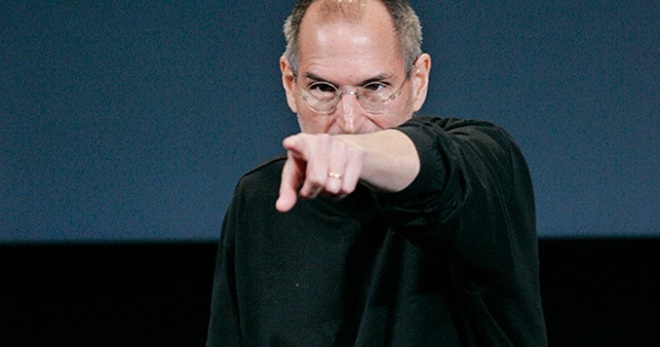 Apple CEO Steve Jobs said a Bloomberg story saying that it was warned by senior engineers about potential iPhone 4 antenna issues is a “crock” and “bullshit.”

During the antennagate/Death Grip press conference this morning, the company said the reports of the Apple iPhone 4 antenna problems were being overblown by the media but it was still giving away free bumper cases to ensure that its customers are happy. Of course, if Apple knowingly released a dysfunctional product that emphasized design over functionality, that “generous” offer of a free $30 case may not be seen in a positive light.

Apple insists that this antenna issue occurs with every phone and that’s true because covering your cellular antenna can definitely hamper reception. No other antenna is on the stainless steel band of the exterior like on the Apple iPhone 4 and most other devices don’t have you constantly making direct contact with it. Jobs said the company was aware of this problem in general terms but the reports make it seem like the company didn’t care.

Jobs called the Bloomberg story false, but The Wall Street Journal had a similar story yesterday which also said Apple was warned but pushed through anyways. It’s interesting because that publication has been extremely cozy with Apple lately (remember, the WSJ reported on Jobs’ liver transplant with absolutely no attribution, indicating it got the news from Jobs himself) and both news organizations have strict editorial policies. These guys don’t just make stuff up. On the other hand, both stories relied on anonymous sources and many news organizations have been played by these “people familiar with the matter.”

It’s also highly convenient that this is the first time Apple introduced a case to go along with its iPhone 4, a case that just so happens to solve this “Death Grip” issue.

Still, Apple will insist that this is being overblown by the press. It said Apple iPhone 4 return rates are extremely low, as are the amounts of AppleCare complaints it receives. The Apple iPhone 4 has also sold more than 3 million units in about a month with no signs of stopping.

So, who do you believe, readers?

We saw them during WWDC and we played around with one to give a short demo, but until now the...