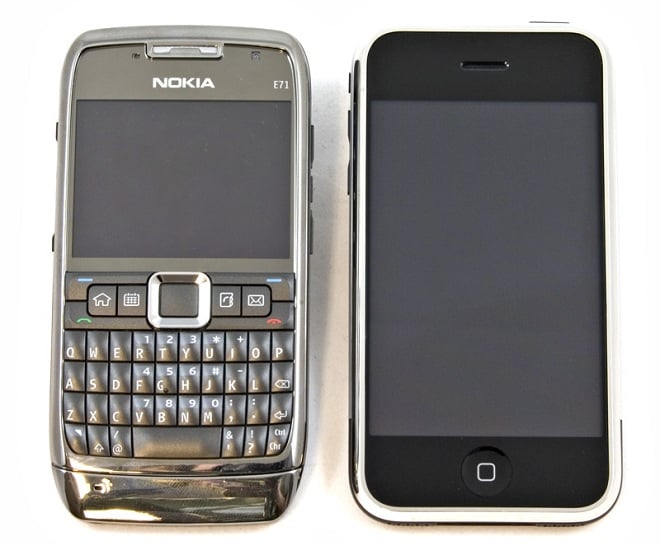 Earlier today, Apple said the iPhone 4 antenna issue is a common one in the mobile space and the so-called “Antennagate” happens all the time. Nokia chimed in on smartphone antenna reception in an e-mail to IntoMobile.

The largest mobile phone maker in the world said it had invested tons of time into addressing this issue and it took some thinly-veiled shots at the Apple iPhone 4.

In general, antenna performance of a mobile device/phone may be affected with a tight grip, depending on how the device is held. That’s why Nokia designs our phones to ensure acceptable performance in all real life cases, for example when the phone is held in either hand. Nokia has invested thousands of man hours in studying how people hold their phones and allows for this in designs, for example by having antennas both at the top and bottom of the phone and by careful selection of materials and their use in the mechanical design.

Nokia also threw a few jabs at the Apple iPhone 4 when it said you can hold its phone any way you want and it’s not the only one that is taking potshots.

Apple just unveiled a web page showing off how this can impact all smartphones but it didn’t single out a Nokia device. Still, the world’s largest handset maker hasn’t always been able to escape reception woes, as the E71 was plagued with this issue long before the “Death Grip” or “Antennagate” became a part of the conversation.

With Apple giving out free bumper cases for the iPhone 4, this issue may finally be put to bed but you still have to wonder if there will be some sort of real fix for this. Apple never said that there is a real hardware or software fix that it is working on or that this was a bad production run, so I guess we can expect this from future iPhone 4 units. Fortunately, Apple said this only impacts less than 1% of users.

The Apple iPhone 4 can lose signals when it's held a certain way but this also happens with other devices,...