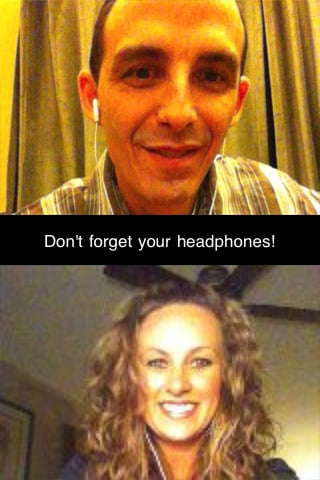 Remember that iPhone 4 app that took advantage of the front-facing camera for Chatroulette-style video chats? The app was called iChatr and it allowed you to connect with random strangers to chat with each other face-to-face. Swiping across the screen would take you to another person once you got bored with whomever you were currently talking to. I’m sure it provided hours of entertainment, including talks about how great the iPhone 4 is, how much any one person could love Apple, and the occasional dong here and there.

Thanks to those dongs, Apple finally decided to pull the app from the iTunes app store. Is anyone really surprised? Apple’s reasoning is that too many people were exposing themselves on the app. Duh! It doesn’t take a Mac Genius to figure out that people were going to do that just as they had been on Chatroulette. The real surprise here is that iChatr was even approved in the first place.

Hope you all enjoyed it while it lasted, or are now relieved that it’s finally gone from the app store. Forever.

When Apple gave its press conference on Friday to address the iPhone 4 antenna issue, it gave a little demo...