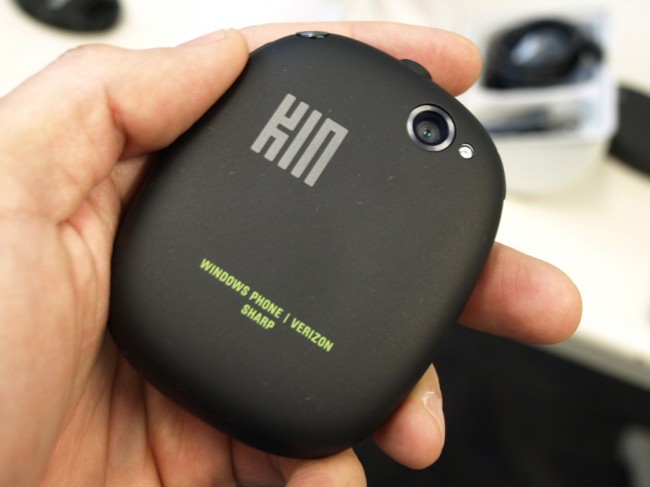 We all knew the Microsoft Kin phones weren’t long for this world after the software giant said it would be focusing on the upcoming Windows Phone 7 but we’re hearing word that Verizon Wireless may be cutting off sales entirely tomorrow.

The folks over at WMExperts have been told that all the remaining devices and associated accessories and advertising material will be shipped off to parts unknown. Hopefully, Microsoft CEO will keep one on his mantle as a reminder of what not to do in the mobile space.

I reviewed the Kin One and felt it was a good device that was ultimately doomed to fail. The handsets were targeted at hip people who want to be able to update their status at any time but didn’t want all the capabilities of a smartphone. That market just doesn’t exist – You couldn’t even download games on this thing!

What’s more, Verizon made the Microsoft phones require a full data plan. This means the monthly service charges on these handsets would be the same as the Motorola Droid X. While the Microsoft phones are superior to feature phones and quick-messaging devices, it does not compare with the current crop of smartphones.

It’s a nice, sunny day, so I’ll try and be positive. I think Microsoft can use some of the positive aspects of the Kin line to makes Windows Phone 7 stronger. I really liked the Kin Studio because this would automatically upload your photos and videos in the background and the Zune Pass experience was really solid.

Regardless, this is another black eye for Microsoft in the mobile space and it will have very little leeway when Windows Phone 7 comes out. It’s already being called a “disaster” by some, so Microsoft will have to show off something good.

Sad about your Kin? You can check out the memorial site to cheer you up and don’t forget to check out our full review.

[Via WMExperts, thanks for using our pic guys]