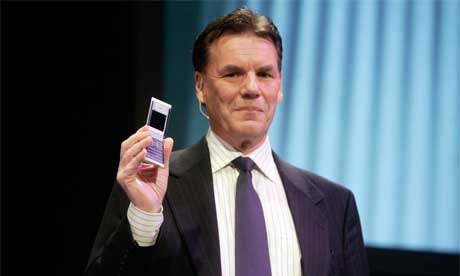 While Nokia may be the global leader in terms of market share, it’s no surprise to anyone that its glory days will soon be numbered as Apple, Google and RIM are chomping away at it. Like any company looking for a change and new direction, Nokia is rumored to be looking for a new CEO to replace Olli-Pekka Kallasvuo. The Wall Street Journal reports that “people familiar with the situation” indicated that Kallasvuo, who has held the CEO title since 2006, will soon be ousted for a new leader.

The WSJ continues in its report:

“They are serious about making a change,” one person familiar with the matter said. Nokia board members are “supposed to make a decision by the end of the month,” that person said.

The CEO of a major U.S. high-tech company recently spurned Nokia’s approach after meeting with Chairman Jorma Ollila, because the candidate wasn’t interested in moving to Finland, this person said. Nokia also has flown in at least one other U.S. based executive to interview for the CEO job, the person said.

If the reports are true, it looks like there could be a shake-up at a U.S. based company as well as the mobile manufacturer poaches American companies for a new leader. While the news strikes hard, it strikes fast as the decision by Nokia board members will be made by the end of the month.

It’s a pretty drastic measure for the folks at Espoo, but desperate times call for desperate measures. The Finland-based company has yet to make a splash in the North American smartphone market where the iPhone, BlackBerry and Android handsets rule. Perhaps the Nokia N8 was the latest decent smartphone after the Maemo-powered N900, but even N8 was ridiculed before most people got their hands on it. Hopefully this change will make Nokia a competitive force in the smartphone landscape.

Apple responded to governmental concerns about the location-tracking capabilities of its iOS devices (like the Apple iPhone 4 and iPad)...