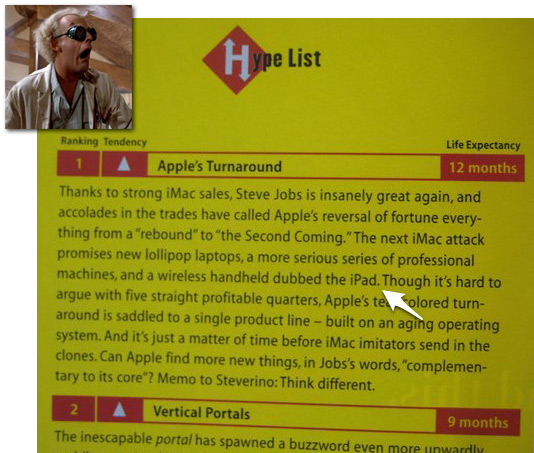 Could it be that Wired magazine called the iPad way back in 1999? By the looks of a snippet pulled from an April 1999 ‘Hype List’ piece regarding Apple’s re-birth/turnaround… it sure looks that way. You can read it for yourself:

‘The next iMac attack promises new lollipop laptops, a more serious series of professional machines, and a wireless handheld dubbed the iPad.’

Well whataya know. Could it be that Apple already had their tablet named while early research and development was under way? Or was this simply a coincidence? Maybe a lucky guess? Whatever the case may be, one can’t deny the fact that this was published 11 years ago… and it names Apple’s tablet clear as day. Interesting.

I don’t know about you, but I’m always blown away whenever a game I used to play as a kid...