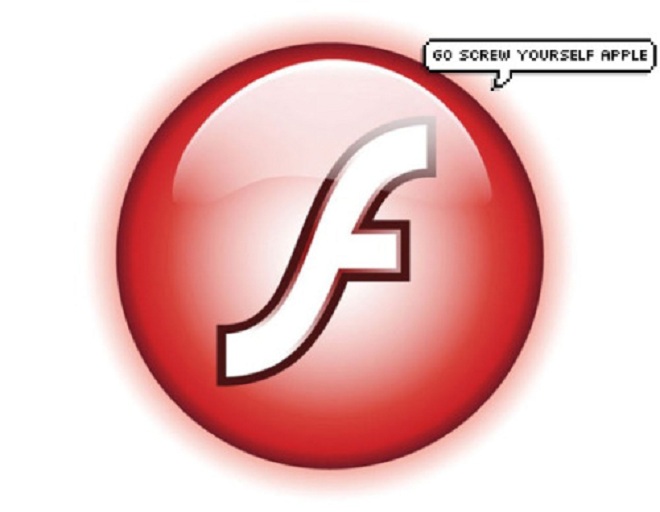 Adobe is having a little fun with its growing rivalry with Apple, as the company is showing off a two-way video calling app on Android that uses Flash. What’s it called? FlashTime, of course.

As you can see from the video below, the Android app leverages Adobe Flash to enable Nexus One users to do two-way video chat. The app is in beta from Adobe Labs, so you can excuse it for not being as smooth as some of the competitors like Fring.

Of course, the name of Adobe’s app is a slight middle finger to Apple and its FaceTime on the iPhone 4. This two-way video calling feature on iOS is a compelling feature to get customers to buy the iPhone 4 and it has been the star of Apple’s advertising campaigns.

This is a playful jab by Adobe because Apple CEO Steve Jobs won’t let that web technology on the iOS devices because he thinks it’s not optimized for touch and drains too much resources and batteries. Of course, Adobe Flash also offers a compelling alternative to the content in the App Store and iTunes, and you have to think that also plays a factor.

Adobe is trying to get around this by offering cool content on the other major mobile platforms. Android 2.2, or Froyo, will offer full Adobe Flash support and this is supposed to be an experience that isn’t compromised, particularly on devices like the Motorola Droid X. Adobe will bring its technology to BlackBerry, Symbian and others in hopes to condition users to expect this type of content on smartphones and Apple could eventually cave.

Another benefit of Adobe Flash on smartphones is that it opens these mobile devices up to the millions of Flash developers. These content creators will have to adjust for touch, smaller screens and battery life, but it could potentially be easier than learning a new language to create for something like Apple iPhone.

Ready to get your 'learn' on? A new version of the Britannica Concise Encyclopedia 2010 is now available for those...