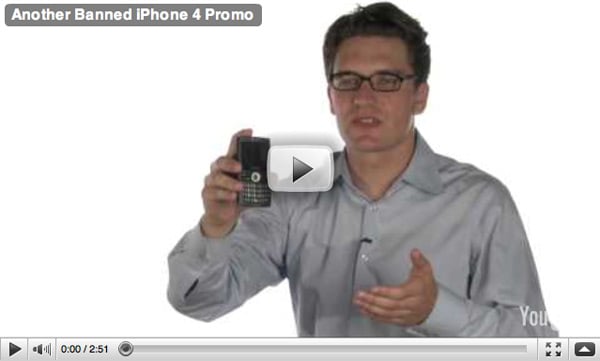 With Antennagate issues still looming, and other manufacturers like RIM and HTC responding to Steve Jobs’ comments and ‘hard data’ the other day, there’s no time like the present to pick a little fun and have a good laugh.

Enter the creative team at jle, with a hilarious spoof video, poking fun at the company, and the antenna of the iPhone 4. Some of the quotes in this video are down right pricesless:

‘We made the iPhone 4 practically idiot proof. There are 3 places on this phone you don’t touch, and they’re clearly marked… what did you think those were for!?’

‘A lot of people are complaining about dropped calls, and what I would say is use the headset. Because, you don’t have to touch any part of the phone when you have the headset on. And if you drop calls at that point, just blame AT&T… we didn’t invent the dropped call, they did.’

Whether you’re a big Apple fan, or have detested the company for years, one thing is for certain. At times like this we need to have a good laugh… and if you can’t get a good chuckle out of this… there’s something wrong with you 😛

Hit up the video after the jump.

To all of the Canadians out there that are waiting patiently to get their hands on the iPhone 4... some...