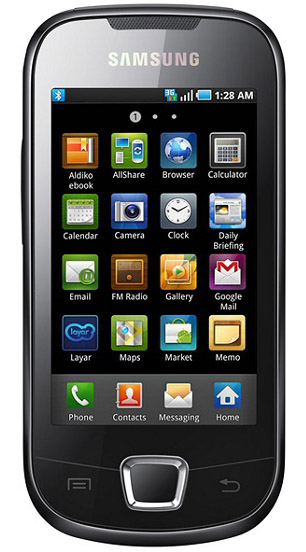 Samsung is super serious when it comes to Android. The Korean company not only has the high-end of the market covered with the Galaxy S series, but also the mid-range with devices such as the Galaxy 3 (i5800). And that’s the phone we’ll talk about today, as it has been announced in Germany.

In other words, 3 hundred Euros buys you more than a decent device. I wouldn’t be surprised it also (like Galaxy S), gets a “Pro” version that would keep the same specs, but also include a QWERTY keyboard to the mix. I can easily see such phone selling like hot cupcakes…